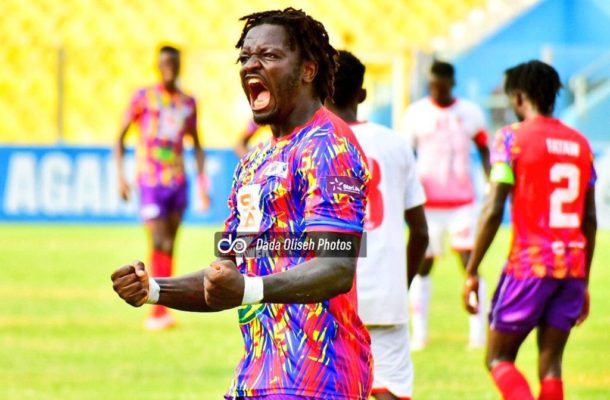 Former Black Stars midfielder Sulley Muntari is likely not to continue his adventure with Accra Hearts of Oak in the 2022/2023 season.

The veteran midfielder joined Hearts of Oak in the February of the 2021/2022 season and was a revelation for the MTN FA Cup champions.

With the expiration of his contract, the 37-year-old midfielder has not agreed on a contract extension with Hearts and has not been seen at Hearts of Oak since they began pre-season.

According to multiple sources, the player has offered himself to fierce rivals Kumasi Asante Kotoko as he bids to play in the CAF Champions League.

The reds have reportedly met the 37-year-old veteran midfielder on several occasions and playing for Kotoko is a possibility.

Kotoko will visit Kadiogo in the first leg of the preliminary stage of the CAF Champions League between September 9 and 11 before the second leg in Kumasi a week later, with the winner of the tie taking on the winner between Gaborone of Botswana and AS Vita from the Democratic Republic of Congo in the second round.

A hugely experienced midfielder with 418 matches under his belt, Muntari is a two-time Serie A winner with Inter Milan and was also part of Jose Mourinho’s treble-winning side of 2009-10 that claimed the league, Champions League and Coppa Italia titles.

The former Udinese star joined Inter in 2008 after one season at Portsmouth and made 97 appearances for the Nerazzurri in a four-year spell before he crossed over to AC Milan in 2011 after one season on loan at Sunderland.

After four years with the Rossoneri, he moved to Saudi Arabia’s Al-Ittihad for one year, following that up with a six-month spell at Spanish side Albacete before signing for Hearts of Oak in February this year.