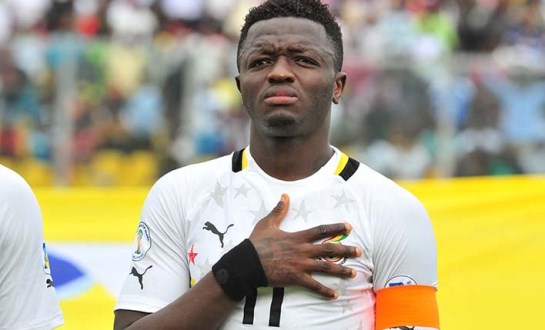 Former Ghana International Sulley Muntari appears not to be done yet as the midfielder who is in the twilight of his career is in search for a last hurray in the South African Premier Soccer League.

The 35 year old former Black Stars player has instructed his south African based intermediary Sipho Shaven to get him a club in the Rainbow nation.

Muntari has been without a club since leaving lower tier Spanish side Albacete in June last year after a short stint.

The former Inter Milan midfielder who lifted the Champions League with the Italian side will be a high profile signing by any side in South Africa.

But the question remains which of the big boys in the PSL will try his luck on a 35 year old player whose best year are behind him and has not played active football for about a year now.

The former Porsthmouth, Udinese midfielder who was linked with a move to Hearts of Oak has been training on his own.

Shaven told KickOff.com: "He has given me a mandate to talk to clubs in South Africa. He is very keen to play in the PSL next season

"I will be engaging with a few clubs in the next few days to see if there is a chance to bring him to South Africa next season.

"Remember, our league is well respected on the continent and a high-profile player will not turn down an opportunity to play in the PSL.

"He is currently training with Liberty in his home country to keep himself fit. He is a free agent."


The Ghanaian has had a glittering career in Europe and will be fondly remembered in South Africa especially for that vicious strike to give Ghana the lead in the 2010 World Cup quarter final game against Uruguay in South Africa.

The former Liberty Professionals midfielder has in the past played for Sunderland, Porsthmouth, Udinese, AC Milan, Inter Milan winning the treble in 2010 with the Italian giants.