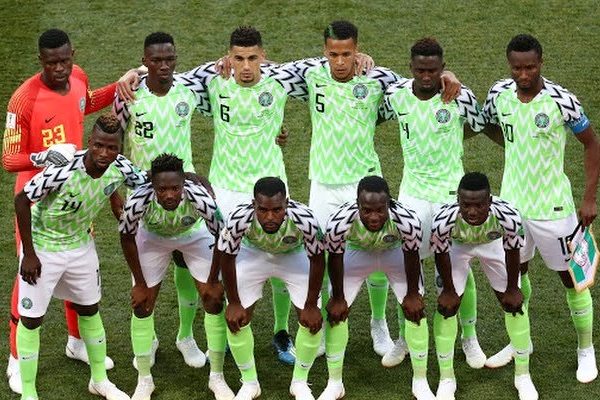 The Super Eagles will begin their final preparation for the task of winning the Egypt 2019 African Nations Cup in March, Nigeria Football Federation (NFF) President, Melvin Amaju Pinnick has revealed. Already, the Super Eagles’ backroom staff has started putting finishing touches to the logistics the team would require for seamless preparation when the players come to camp, he added.

Reaffirming his administration’s determination to give Nigeria its fourth AFCON triumph this year, Pinnick yesterday said no stone would be left unturned to see the Eagles on the podium at the end of the African fiesta. He revealed that the preparations would begin with Nigeria’s last group match of the qualifying series against Seychelles in Asaba on March 22 after which then team would embark on a series of friendly matches to fine tune the squad before the competition.

“The match against Seychelles will serve as the beginning of our preparations for the AFCON, to be followed four days later by a friendly against the Egyptian National Team at the same venue.

“The team would likely play two matches during its final training camp before the AFCON finals.”Pinnick, who is also the First Vice President of the Confederation of African Football (CAF) and president of the AFCON Organizing Committee, said a fourth Africa Cup of Nations title is overdue for Nigeria, one of the biggest football-playing nations of the universe.

“There are so many competitions this year and we intend to, as usual, put our best foot forward in each and everyone of them. The target always is to emerge victorious. However, the very big one that we do not want to miss is the AFCON title. We have won it three times but we want it for a fourth time so that we can close the gap with the likes of Egypt and Cameroun.

“The NFF will equally give the Super Falcons all the support to perform excellently at the World Cup.”The draw ceremony for the four-week, 24-nation championship, scheduled for June 15 to July 13 this year, would hold at the end of March.