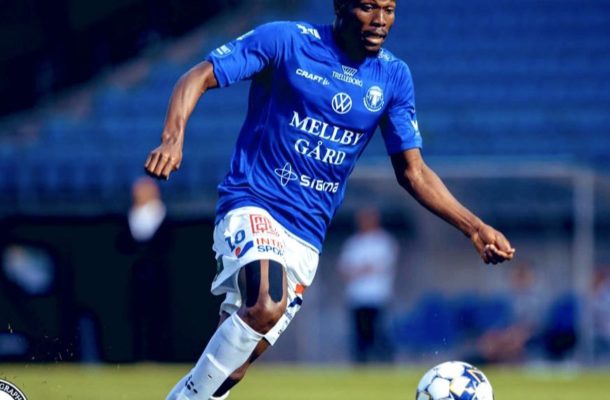 Former Asante Kotoko striker, Abdul Fatau Safiu scored very late in the game to hand his side Trelleborgs FF all three points in a hard fought win against Dalkurd FF in the Sweden Superettan.

It was as if the game was heading for a draw when the substitute Fatau Safiu popped up with the all important goal deep injury time on Saturday afternoon.

The host will be cursing their stars as they had the opportunity to have taken the lead in the game in the 66th minute when they were awarded a spot kick.

Samuel Holm stepped up but shot wide to the relief of the Trelleborg who later stunned the home side.

Substitute Abdul Fatau Shafiu headed home a cross from Mäns Soderqvist’s  to give his team the needed three points.

The 26-year-old attacker has netted six times with two assists this season in 26 games for the Trelleborg in the lower tier league.