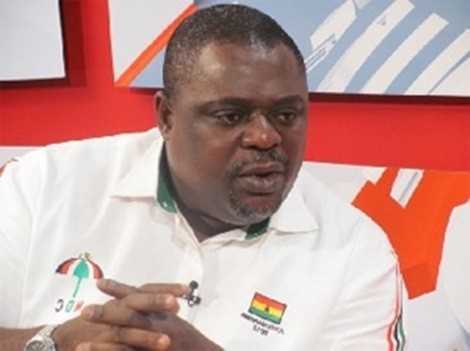 The Deputy General Secretary of the National Democratic Congress (NDC), Mr Koku Anyidoho has called for support for President Nana Addo Dankwa Akufo Addo in the fight against corruption.

According to him, previous presidents of Ghana had in their own ways tried to fight corruption; hence it was necessary for Ghanaians to rally behind President Akufo-Addo to help reduce the menace of corruption in the country.

In a radio interview with Accra based Asempa FM on Wednesday, Mr Anyidoho said the president’s move in the Kwesi Nyantakyi case is an indication of his readiness to fight corruption in the country.

“The scandals are becoming one too many. Look at the issue about the Communications Ministry, [$89 million contract with Kelni GVG to deal with revenue losses and simbox fraud involving telecommunication companies], look at the way IMANI is going after Ursula Owusu [Communication Minister].

“Just 16, 17 months, its mindboggling that one government, scandal after scandal," he said.

To Mr Anyodoho, once President Akufo-Addo himself reported the Kwesi Nyantakyi influence peddling and defrauding by false pretence case to the police, “then it means the President is prepared” to fight corruption.

“I think I respect President Akufo Addo that he has to take this decision. That you [Nyantakyi] said he is in your pocket, the President of the Republic of Ghana is in your  [Nyantakyi] pocket? So as much as I feel sorry for Nyantakyi, no president of this Republic should be in the pocket of anybody, never.”

He said he believes the police Criminal Investigations Department (CID) will be professional in its work. “I salute Maame Tiwaa Addo-Danquah [Director General of CID].

I salute her, she a professional, and I salute the IGP. You see you have to meet them one on one to be able to understand what they are doing at that place.”

“Maame Tiwaa, that woman is a strong woman and I believe she will do a professional job.”