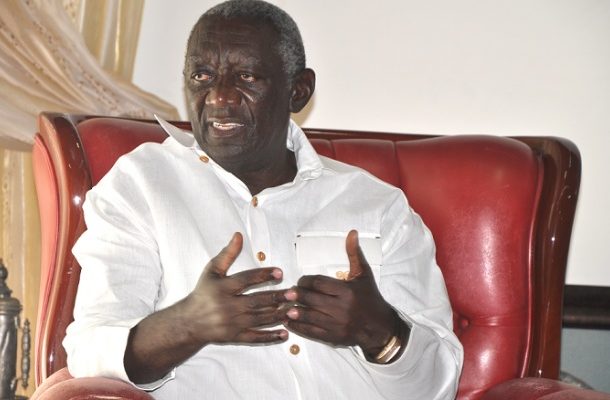 Former President John Agyekum Kufour has called for more support for young entrepreneurs who are investing in various sectors of the economy.According to Mr Kufuor, such support will create jobs for the teeming unemployed youth who continually depend on the government for jobs.Ghana’s unemployment rate increased to 2.40 per cent in 2017 from 2.30 per cent in 2016.Statistics also show that Ghana’s unemployment rate averaged 5.41 per cent from 1991 until 2017, reaching an all-time high of 10.40 per cent in 2000 and a record low of 2.20 per cent in 2013.Security experts have also warned that the threat of unemployment to Ghana’s security can be dire if the right measures are not instituted.Such concerns come on the back of several agitations by politically affiliated vigilante groups, who have, over the years, threatened mayhem because their respective political parties failed to offer them jobs after winning elections.Mr Kufour believes the issue of employment can be tackled effectively when startups by young entrepreneurs receive the needed support.“I see it as a great initiative by very promising young entrepreneurs striking out to make it economically, and I also see so many of their kind trooping in with them, if you like for employment. That’s how to do it.“It’s about wealth creation, which to me, must be the topmost priority at this stage of development of our nation. Any people who could invest and add value to things to create jobs of our young people should be encouraged. And I’m so happy that they came to do me this honour and I pray for their success,” Mr Kufuor said when a delegation from Peak Investments, owners of doughnut company, Doughman, ice-cream company Icycup, and Pinkberry Frozen Yoghurt franchise, paid a courtesy call on him at his Ridge residence.The visit, according to Marketing Manager of Peak Investments, Kwadwo Bonnah, is part of activities to commemorate their one-year anniversary.