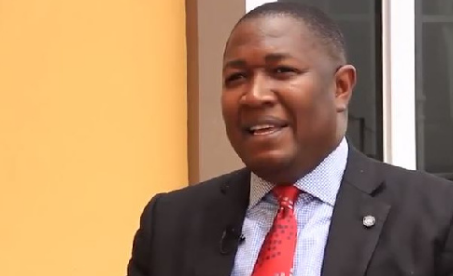 Article 199 provides that a public officer shall, except as otherwise provided in this constitution, retire from the public service on attaining the age of sixty years.” It means if you are 60 years and above you are not qualified to occupy a public service post.

The Supreme Court has just delivered its decision in the case in which Dr. Dominic A. Ayine challenged the appointment of Mr. Martin Amidu as the special prosecutor.

Dr. Ayine’s issue with the appointment is very simple. That Mr. Martin Amidu is too old to qualify for appointment as the Special Prosecutor. It is claimed was 66 at the time the case was filed.

The Supreme Court nowadays hardly attaches its reasons to its decisions at the same time the decision of the Court is handed down. In this particular case, it is reported that the reasoning of the Court will be ready on Thursday 14th May, 2020. Therefore one is unable to fully comprehend what influenced this surprising decision of the August court in this case. This practice no doubt stifles instant scrutiny and debating of the apex Court’s rulings especially when the attention of the public for such scrutiny and debates is at its peak. Interest in legal debates and reforms wanes with time as new breaking stories emerge.

However, I will do some permutations here in an effort to enter the minds of the Judges in the majority who hold the opinion that a person who is 66 years of age is qualified to hold a position reserved for 59-year-olds and below.

Article 199 quoted above is one of the clearest provisions of the Constitution. To apply what we lawyer term as AIDS to interpretation to decipher the meaning of Article 199 of the constitution is, therefore, a complication of grammatical construction.

Essentially, the decision of the Supreme Court is to the effect that the Office of the Special Prosecutor does not fall under the public services of Ghana as provided for under Article 195.

Hence any officer that works or is appointed as the Special Prosecutor is not part of the public service as provided for under Article 195.

The above statement is general because the Constitution creates exceptions whereby public servants/officers may belong to the public service but are mandated to retire at ages above 60 years.

Examples of these exceptions are Judges of the Supreme Court who work in the Judicial Service and the Chairman of the Electoral Commission. These officers have their retirement age set at 70 years.

The BIG QUESTION THEREFORE IS: WHERE IS THE SUPREME COURT DERIVING THE LEGAL BASIS TO SAY ARTICLE 195 AND 199 DOES NOT APPLY TO THE OFFICE OF THE SPECIAL PROSECUTOR?
We all recall that this office was established by the president under powers granted him by Article 195 so it is strange to say as an immediate answer to the question posed that article 195 is not applicable the office of the special prosecutor.

The judicial service is established under article 195 but the retirement age of its officers are an exception to article 199 and has been specifically dealt with by the constitution.

It is not the same with the Special Prosecutor and because of this reason, any attempt by anybody including the President to make an exception to article 199 (60 years retirement age) will be contrary to article 199 and hence unconstitutional.

This is Avery simple argument and problem to resolve. As such, I remain to be educated on the decision of the Supreme Court. For now, I weep.