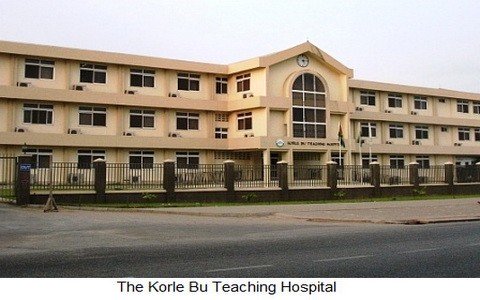 Two patients who underwent testing for coronavirus do not have the deadly infection, officials at the Noguchi Memorial Institute for Medical Research (NMIMR) announced on Thursday.

The two – a Chinese and an Argentine – who have been living together in the country for a while were isolated at the Korle Bu Teaching Hospital, their blood samples were taken and sent to the medical research institute on Wednesday.

Their admission brought operations at Korle Bu to a halt but as Joy News’ Health Editor Fred Smith reports, test results show they do not have the disease.

An earlier suspected case at the Kotoka International Airport (KIA) has also been declared negative.

The Health Minister, Kwaku Agyemang Manu says his office and other partners have put in place measures to fight the deadly Coronavirus in case it is detected in Ghana.

In a statement copied to Joy News, the Minister said the Ridge and Tema General Hospitals to manage possible cases.

The coronavirus outbreak has killed more than 560 people and infected over 28,000 – the vast majority in China.

Outside China, the infection has spread to over 25 countries, infecting more than 250 and killed two people.

Africa has yet to record any cases.

The World Health Organization (WHO) has declared the outbreak a global health emergency.

The vast majority of the funds would go to nations that need help to protect against the virus. Some 500,000 masks and 40,000 respirators would be sent to 24 countries.

Last week, Ghana’s Embassy in China and the Foreign Affairs Ministry disclosed that none of the Ghanaian students studying in Wuhan –the epicentre of the outbreak – or other parts of China have contracted the virus.

Following their distress calls, government through the Foreign Affairs Ministry has sent approximately ¢40,000 to the student for their upkeep.

The money which was sent to the National Union of Ghana Students (NUGS) – China is to be used for the purchase of food and protective items for the students after it was revealed that the shortage of nose masks and hand sanitizers had led to some concerns and prevented some members from going out to buy some basic needs like food and water.
Source: myjoyonline