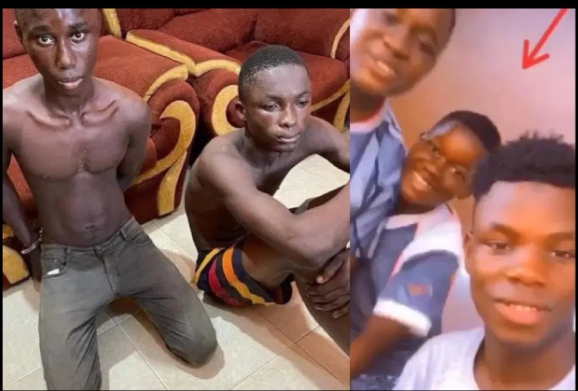 The Ofankor District Court will today begin sitting on the case of the murder of 10 year old Ismail Abdallah.

Ismail was murdered at Kasoa by two teenagers, Felix Nyarko, 16, and Nicholas Kini,18 at Kasoa at Kasoa Lamptey Mills in the Awutu Senya East Municipality in the Central Region on April 3, 2021.

The suspects earlier told the police a fetish priest in the Volta Region had asked them to bring body parts for money rituals.

The spiritualist in question has also been arrested at Amanase near Suhum in the Eastern Region following Police investigations.

The two teenagers who are also in the custody of the Police will today appear before the Court.

In an interview with Ghanaguardian.com, Spokesperson  for the bereaved family, Samed Akalilu the family expects an expeditious trial.

"We would have wished that today becomes the first and the end for the case because the more the case drags, the more a lot of time, energy,  resources are expended and if you like wasted on this matter,  bottom line is that we are not gonna get Ismail back, sadly," he said.

"But we would want justice, we would want fairness to be meted the late Ismail and my family so we are expecting what we call an expeditious trial. A trial that will not drag for long such that further resources will be wasted; energy, time to following this case," Mr Akalilu added.

He indicated that the family wants the boys and other collaborators of the gruesome act punished.

"We want punishment to be meted to boys and all other collaborators to serve as deterrent to others."

As at the time of the interview, the family of the late Ismail Abdallah was already in Court awaiting the Police who had moved to bring the teens stationed in different cells for the case to commence.

Nasara 2 weeks ago
Very painful n sad,the family of the murder shiuld'nt let go of the case,they should sentence the suspects to death.....very heart burning.