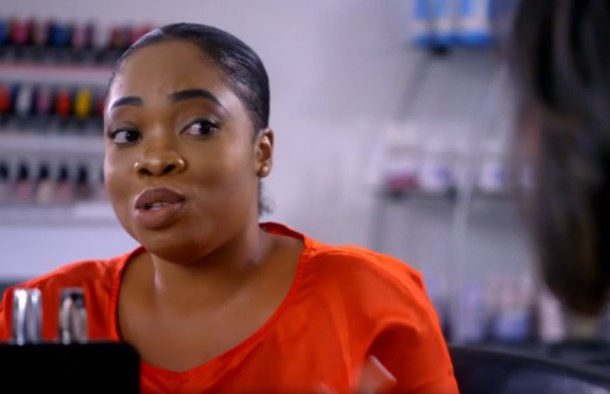 When I got to the reception hall, I saw not less than five beautiful ladies walk in and out in less than three minutes.

Then, another lady– a bit slim, dark complexioned who wore an African print that matched her beautiful natural hair-do– also came in. She briefly spoke to the receptionist and went back into one of the offices. The latter really caught my attention.

“Hey man, I’m in your building for the interview,” I sent a message to a school mate back at the Ghana Institute of Journalism. That friend was Johnnie Hughes, host of TV3’s morning show New Day and Community Connect on 3FM.

I had had a call to attend an interview for the position of a broadcast journalist at Media General’s 3FM. When Johnnie Hughes came to see me at the radio station’s reception hall, I vividly described to him the young lady I had seen.

“She is beautiful,” I replied.

Johnnie’s response that followed my remarks about Petra got me on my toes.

“Hɛɛ! Wobɛyɛ steady w’ate; [to wit ‘behave’]. She will be your boss should you successfully pass the interview,” he said.

Lo and behold, there sat Petra when my name was mentioned and I entered the room for the interview! She was with one gentleman and another woman. She had a pen in her left hand and kept putting down notes as I answered their questions.

My admiration for her grew as I later became her employee. She was my Head of Station [3FM] until she was recently appointed as the Head of Commercials and Marketing for Media General. This was a young lady making money through her academic pursuit.

The Petra example is one of hundreds of other ladies/women making it in life through hard work. So, when I watched actress Moesha Boduong’s interview with CNN’s Christine Amanpour, I shook my head in disgust.

In that CNN interview, the actress proudly says, “You cannot make enough money in Ghana as a woman to take care of yourself.”

So, how does Moesha intend to survive in Ghana as a woman when women here do not make enough money? Well, she has a strategy. A strategy she proudly explains to Christine Amanpour. Moesha trades sex for cash!

Moesha certainly has no time to think outside the box to brainstorm on what will decently put food on her table. I am sure her comments would not have generated the huge public backlash had she spoken for herself.  To generalize it to let it seem every Ghanaian woman trades sex for money is way unfortunate.

Before the cock crows to signify the birth of a new day, one sees head potters (Kayaye), mainly women, walk the streets of Accra and other parts of the country with heavy loads. At the end of the day, whatever money they have been able to gather is theirs. They live happily knowing that no condition/situation in life is permanent. Indeed, the charcoal seller’s son will also wear a white shirt one day.

He who thinks like Moesha, however, would certainly not be content with any amount he or she earns in any economy in this world.                       This is a lady who wants to drive the latest flashy car in town, sleep in a house that even the Bill Gates and Dangotes would dare not spend money on.

To put it succinctly, Ghana’s economy has and will not be that flourishing for people wake up with their bank accounts fattened. The narrative of Ghana’s economy from the days of musicians like Nana Kwame Ampadu to our current crop of artistes has always been same― life is hard. Lord Kenya sang is best in his “Sika Card.”

People have attained their level of success in this same economy through deliberate planning and hard work. Writing in his book The Seven Principles of Success & Wealth Creation, Michael Agyekum Addo recounts how he started his KAMA Pharmaceuticals.

“When I became a pharmacist, I was employed by someone who paid me a monthly salary of GHC0.60 (60Gp) in 1979. When I planned to start my own business in 1985, I decided to save GHC0.20 (20Gp) every month. By the tenth month, I had saved GHC2 and with that seed money, I started to manufacture my own medicines to sell,” he writes.

Today, Mr. Michael Agyekum Addo has a formidable tree of businesses bearing him varieties of fruits. If such a person is living lavishly, one can understand him. He has worked for it. A lot of Ghanaians, men and women alike, have similarly succeeded through this kind of diligence.

I am tempted to believe that Moesha Boduong and the other so-called “boss chicks” who have become preys sucking the ‘blood’ of other women’s husbands are just being plain lazy. Sadly, she is not even creative in her apparent sex trade.

Well, the Yoruba people of Nigeria admonish so well in a proverb which says the wealth which enslaves the owner is not wealth. Moesha says she can hardly say no to her sponsor whenever he comes in demanding for sex. Do you, then, call whatever he gives you wealth?

I think it will be in Moesha’s interest to get out there and work for that “enough money” she so craves for. It is highly possible to earn a decent living in this same economy!