Tamale gets interchange this year 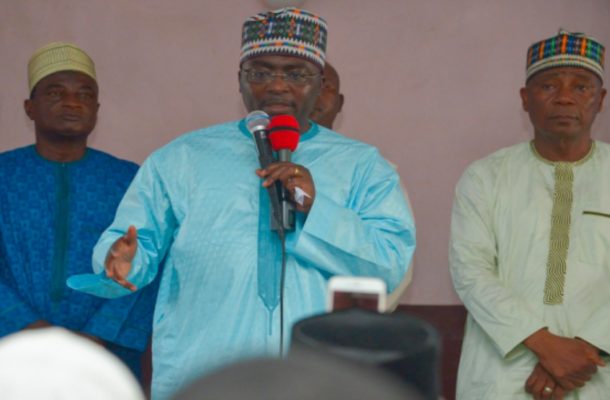 The Vice President, His Excellency Alhaji Dr. Mahamudu Bawumia has indicated that plans are far advanced to build an interchange in the Northern Regional capital, Tamale to mitigate vehicular traffic congestion in the municipality.

With the Northern Regional capital’s fast development, vehicular traffic has increased resulting in traffic congestion on the city’s roads.

According to the Vice President, government has secured the needed fund for the project and work is expected to start this year.

He made this known during the Eid-Ul-Fitr celebration at the Tamale Jubilee Park yesterday.

He urged them to try to maintain the status quo even after the Ramadan.

He admonished the youth and the general public to take advantage of the government’s flagship programmes such as ‘Planting for Food and Jobs,’ 1D1F, free SHS, One-Village-One-Dam and NABco to improve their standards of living and refrain from acts of violence.

Vice President Bawumia revealed that, government has maintained the hajj fares of GH¢ 15,000 to enable more pilgrims make it to the holy land this year.

The Northern Regional Minister, Salifu Sa-eed, encouraged Muslims to continue to be ambassadors of peace, stay away from violence and channel their energies into productive ventures and take advantage of the government’s flagship programs.