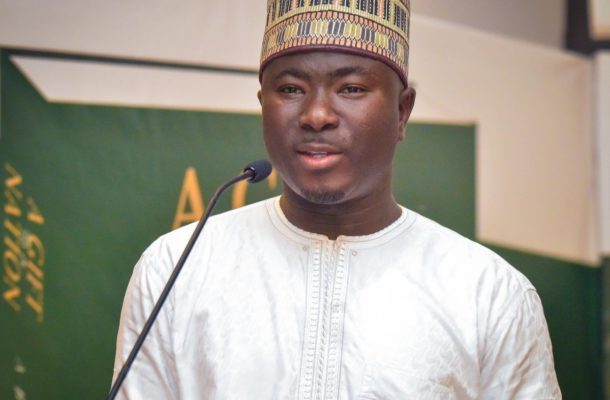 Ghana Football Association (GFA) President Kurt E.S Okraku says that Tamimu Issah who until his resignation was the Acting Communications Director of the GFA left because he did not believe in his leadership.

On Wednesday the Acting Communications Director of the Ghana Football Association took to his Facebook wall to announce his resignation from his post but Kurt believes it could have been handled had Tamimu told him about his decision.

The GFA President was guest on Joy FM's personality profile with Lexis Bill and this is a transcript of their interview about Tamimu Issah's departure.

LB:I'm told you Communications Director resigned Yesterday were you surprised?

Yes, I was a bit surprised because he never spoke to me but I read the email which he addressed to the General Secretary.

No, no, obviously, all communications are addressed to the General Secretary. If he had spoken to me, I am sure I would have had one or two words to share with him, but the FA continues beyond that.

LB: You accepted his resignation:

KURT: Yes, it's been accepted. In the next few days a new director of communications will be appointed by the football association.

I want to work with people who believe in my way; I keep saying this all the time.

LB: You think he didn't believe in your way?

KURT: Well, if he believed, he would have stayed.

LB: It was you and not probably something else?

KURT: I don't know, but I am saying that, I am the President of the FA and if somebody has left, then the person didn't believe. If the person believes in my leadership, the person stays; I encourage all my staff to always walk to me and engage.

On this particular account or note, he never came to me, he dealt with the General Secretary which is fair, it is purely within his prerogative, but what I am saying and what is most important is that, no single person has the capacity to deliver an amazing Ghana Football Association, I need and we need the support of everybody; If one is leaf is fallen by the roadside, a new leaf will be brought so that the flight is stable. There's no too much turbulence we will deliver on our promise.

I am saying that in the next few days, a new director of Communications of the FA will be announced, he's somebody of the highest quality, I believe in him a lot and he will help me deliver my promise.

LB: You've already figured him out?

LB: When did you figure him out?

KURT: He's always been in the pipeline and he's going to help me deliver our policy of igniting passion and creating wealth for all.