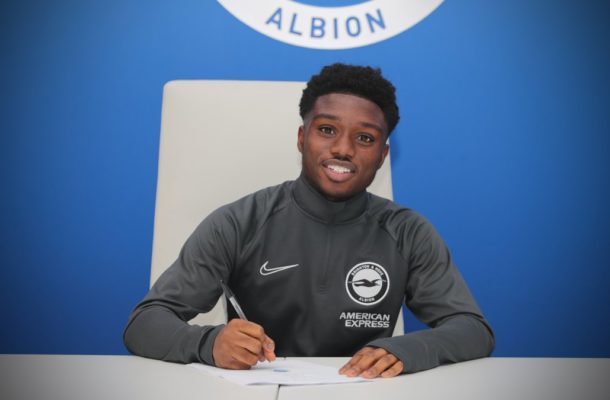 Brighton and Hove Albion defender Tariq Lamptey has snubbed a call up to the England U-21 side as he is considering a nationality switch to the Black Stars of Ghana.

Tariq Lamptey has pledged his International allegiance to Ghana after being chased for years by the country of his parents ahead of the 2022 FIFA World Cup in Qatar.

He was born to Ghanaian parents in England has played for the junior sides of the English national team but is nowhere near the picture for a senior team call but Ghana will hand him a place in the senior national team for the World Cup.

Since making his Premier League debut at  Chelsea, the pacy right back has been in the sight of the national team handlers of Ghana.

Lamptey, 21, was due to be in the Young Lions’ selection for their upcoming four Euro qualifiers against Czech Republic, Albania, Kosovo and Slovenia.

The right back has played 29 times this season for his Premier League side in all competitions.

He is expected to named in the 2023 AFCON qualifiers which begins in June before being named in the Ghana squad for the 2022 FIFA World Cup in Qatar.