Tatale Agric SHS, 2 others revert to single-track due to low enrollment 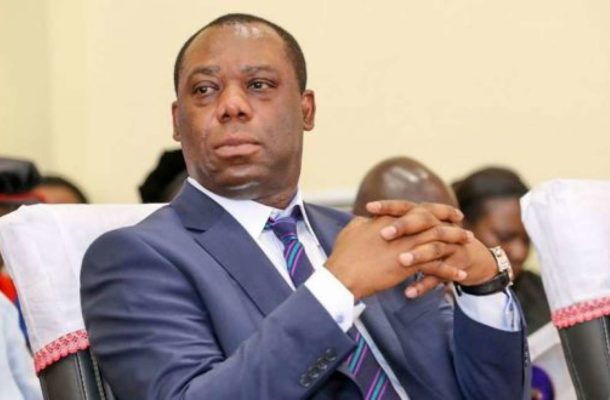 The Ministry of Education appears to be backtracking on the double track system in some of the selected Senior High Schools in the Northern Region citing low enrollment.

Gold students under the double track system at Tatale Agric Senior High school in the Tatale Sanguli district have been asked to join their colleagues in school who have already spent some weeks learning.

Established in 1998 as a private school and absorbed by the government in 2006, the Tatale Senior High School has a student population of one thousand.

According to the District Director of Education  who doubles as acting Headmaster of the school, Alhassan Alidu Jnr., the decision to reverse the double track system has been necessitated by the fact that the school did not receive the required number of students.

He therefore appealed to the government to convert the day school into a boarding to reverse the trend.

“Unfortunately, our school being a day school, a lot of students didn’t choose the school. So we are finding it difficult to get the required number. When our case was presented, it was clear that we cannot run the double track system because of our number. So we have been advised to simply run one track system, and that one will also still be on the semester basis. We are still looking for government support to get more additional classrooms.”

He raised the issue when two deputy directors at the Ministry of Education met heads of second cycle schools in the region to assess the implementation of the system.

The Assistant Headmaster of Academics at the school, Francis I.C Sanakey, however told Citi News the school  has inadequate classroom block, and would need more of it so they can serve as a boarding school.

“We would be pleased if the government could help us to provide at least 12 unit classrooms that will help to relieve the school of the infrastructure problem and that could enhance teaching and learning.”

The Member of Parliament for Tatale Sanguli constituency, Tampi Acheampong Simon, who was in the school to handover a facility he has constructed, was concerned about the school’s infrastructure challenges.

“The challenges of infrastructure has been brought to my knowledge, and I have raised the issue of the floor of Parliament, and the Minister of Education was called.  Some assessments have been carried out, and nothing has happened. The headmaster doesn’t even have a means of transport. I as the Member of Parliament have written a letter and attached their request to re-echo it and remind them, but nothing is being done. Other schools that applied together with the Tatale senior school, they have been upgraded to a boarding status. I think the government is not fair to the school.”