Tell Ghanaians what your gov't has done; don't focus on Mahama - Allotey to NPP 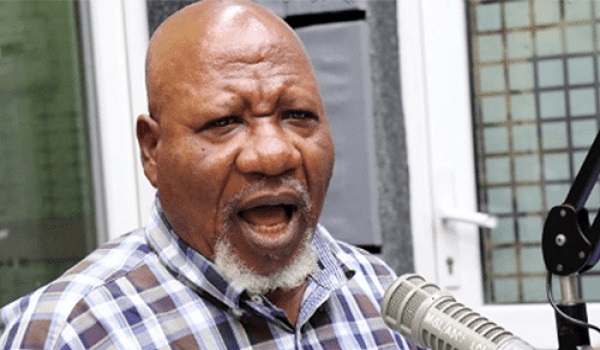 The social commentator was reacting to the recent brouhaha surrounding the Airbus bribery scandal which went viral over the weekend.

In the case of Ghana, the operations were reported to have taken place between 2009 and 2015; during which former President Mahama served as vice president and subsequently president.

In response to this, the NPP at a press conference on Monday asked former President Mahama to officially respond to the allegation.

“In the face of these facts, it is very necessary for President Mahama to come out and be heard publicly . . . he cannot continue to hide behind his party members including a former Attorney-General. Of course, we are all aware that he hates answering questions on corruption but the answer he must because at this moment all fingers point to him and one of his brothers,” Communications Director of the NPP, Mr Yaw Buabeng Asamoah said.

However, Allotey Jacobs feels the NPP presser was 'needless'.

According to him, instead of accusing former President Mahama and entering 'into the realm of speculations', they should rather centre their attention to marketing themselves especially as 'we are in an election year'.

"The NPP press conference was needless . . . you have a work of marketing what your government has done. Once the President says the issues have been referred to the one who gave the legal advice to purchase the aircraft (Martin Amidu), let’s see how it goes. Let’s wait and see the outcome of the case. But when we drive ourselves into the realm of speculation, we end up maligning certain individuals; which is not the best . . . If they concentrate on Mahama, it will become like a trap," he intimated on Peace FM's morning show 'Kokrokoo'.