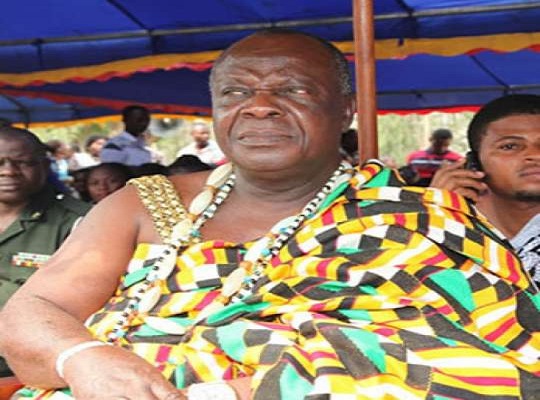 The Awudum SHIPI, Nii Amarh Somponu, who is the spokesperson for the Tema Traditional Council announced the sad event on 18th March 2020.

He did not however mention when the Chief died but 3news.com sources said he died in late February 2020.

Addressing the media in Tema on Wednesday, Nii Amarh Somponu noted that the solemn observation of the passing of the Paramount Chief of Tema is underway.

“The solemn observation of the passing of the Tema Paramount Chief and the precautionary measures against the COVID-19, the Traditional Council has suspended this year’s Tema Kpelejoo festival which was scheduled to start on 27th March 2020 to next year God willing,” he said.

“The general public is therefore advised to adhere to the guidelines given by the Tema Traditional Council as preparations to give Nii Tema a befitting burial is underway,” he announced.