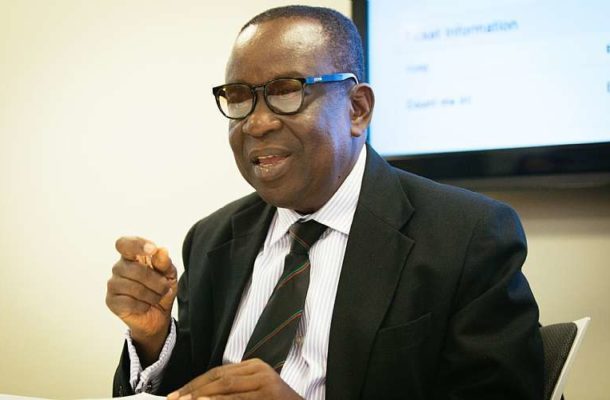 The Minister of National Security, Albert Kan-Dapaah, has said that due to the insecurity in most neighbouring countries, the government believes that terrorists may be planning to attack Ghana.

But, he assured that Ghana’s security agencies are on high alert and ready to foil any such action.

He said these while answering questions on the security situation in Ghana, in Parliament on Monday, April 4, 2022.

Mr. Kan-Dapaah said “[We] remain on high alert to avert terrorist infiltration with proactive measures, counter-terrorism operations along the borders in the country. Safeguarding the country is a key priority for all state security agencies, we will remain vigilant.

“In recent years, apart from Burkina Faso, Mali, there have been a couple of terrorist attacks in Cote D’Ivoire, about seven attacks in Benin, recently one in Togo.

He added that “At the beginning of 2022, we were all optimistic that we will be able to salvage the global economy from the ring of covid pandemic…[but] the Russia-Ukraine conflict further plunged the global economy into abyss of economic catastrophe.

“The situation has been made worse by coups in [some West African countries] including Mali, Burkina Faso.”

“I want to state that Ghana is relatively stable despite a number of threats, both external and internal, that can undermine security and stability.

“These threats have been prominent by crime, land and chieftaincy disputes, piracy and activity of secessionists,” he said, adding that a number of measures have been introduced to deal with threats,” Mr Kan-Dapaah said.

Recently, President Nana Addo Dankwa Akufo-Addo served notice to protect the peace and stability of the country at all times.

Speaking at the 65th Independence day celebration in Cape Coast on Sunday, March 6, he said “Let us guard jealously the peace and stability we are enjoying. There are some restless spirits amongst us who, seeking to exploit the current difficulties confronting the nation, claim to have lost confidence in our democratic system.

“Either the absence of faith in the prospect of democratic alternative to the current government or their impatience to wield executive authority are the factors driving their appetite for the shortcut of military intervention.

“Whatever be the case, they seem ready to jeopardise the hard-won reputation of our country as a beacon of democracy and stability in Africa and indeed, in the world, in order to gratify their personal ambition, ambitions which show little or no respect for the capacity of the Ghanaian people to change when necessary their government peacefully through the ballot box, something we have done on three separate occasions in the 29-year life of the fourth republic.

“The great majority of us who are committed to democratic values and institutions will continue to resist the claims of these adventurers and deploy all legitimate means in our democracy to maintain our free open system of governance which has respect for human rights, the rule of law and the principles of democratic accountability.”