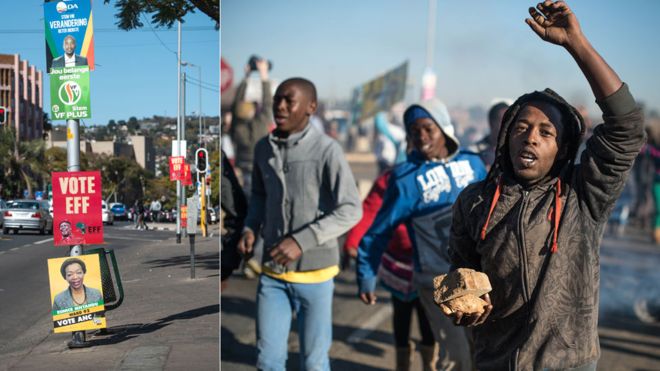 South Africa's African National Congress (ANC), which took power at the end of white-minority rule in 1994, is facing its toughest challenge - and not just from opposition parties in Wednesday's local elections.
The hotly contested campaign has been marred by internal squabbles within the governing party, which have turned violent.

The township of Atteridgeville, west of the capital, Pretoria, is one of several areas to have experienced some of this violence.

The working class community was outraged when the ANC foisted Thoko Dididza as the party's candidate for mayor of Tshwane, the metropolitan area which includes Pretoria.