The 7 sex acts that everyone secretly hates 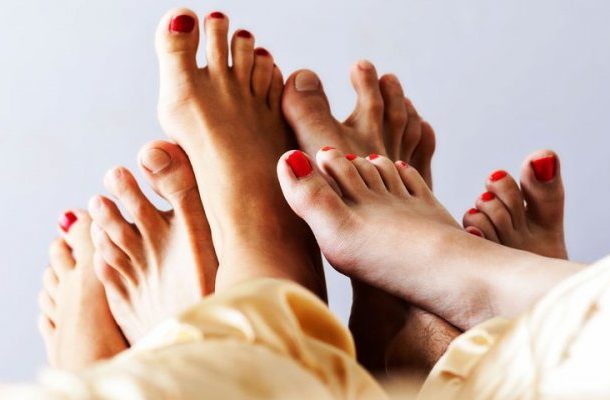 When it comes to sex, there are certain acts that seem a lot more exciting than plain old missionary, but are actually complicated, uncomfortable, or downright dangerous when put into practice.A recent Reddit thread asked users which sex acts that they think are "way overrated," and hundreds of people stepped up to share their thoughts.

Some of the biggest offenders? Sex in the shower, 69, and car sex.One user declared that car sex is "for teenagers with no other place to go," while another user recounted the time they decided to get frisky in their car.

"Ugh, me and an ex had car sex one time while we were driving out to the middle of nowhere to go hiking. Made the stupid mistake of turning the var off in the middle of Texas in july. Car got so damn hit in about 5 minutes we both almost passed out," they wrote.Shower sex was also seen as majorly overrated, and one commenter explained why in very simple terms: "Ah, shower sex. Where everything that should be slippery isn't and everything that shouldn't be slippery is."Other sex acts that users generally agreed were overrated also included sex on the beach (too sandy) and 69 (hard to concentrate when you're giving and receiving simultaneously).There were also some acts mentioned that were a little controversial.

"I am not into the whole eye contact thing while getting a bj. She has an awkward angle at my face and I'm always not sure what face I'm supposed to be having."And while reverse cowgirl can be fun, one commenter wrote that it "always just looks painful to me. Maybe it’s just me but I’m 100% sure I just wouldn’t bend that way and it would hurt my pecker like hell."A female commenter also agreed.

"As a girl, I don’t see the appeal of it either. it’s hard for me to move in that position, I certainly don’t get stimulated (it’s easy for me to grind in regular cowgirl) and there’s nowhere to put my hands," she wrote.

"And what view do I get? The view of feet? Overall, I'm doing a lot of work for little pleasure and a lingering fear that I'll go back on him wrong and hurt him. Forward facing, there’s less risk and i can actually get pleasure from the work i’m putting in."Source: Menshealth