The Apple Watch outsold the entire Swiss watch industry in 2019 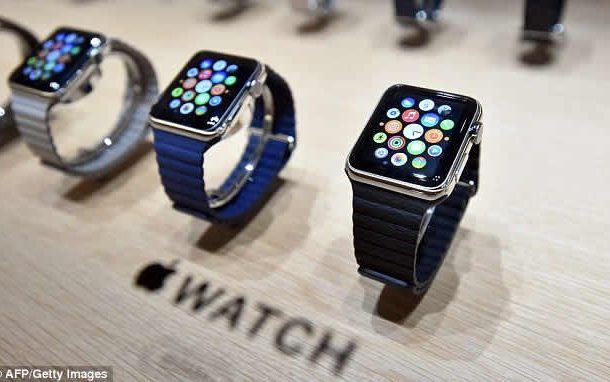 Analysts are divided on whether this spells trouble for the Swiss watch industry, with some saying the end is near. Others point out that the mechanical watches certified in Switzerland are still bringing in more revenue than the Apple Watch.

"The Apple Watch has emerged as a status symbol of its own, and offers a competitive alternative to mid-range Swiss watches," Steven Waltzer, senior analyst at Strategy Analytics, told CNN Business. "Apple's massive customer base means that converting just a small percentage of iPhone users to Apple Watch users yields volume in the millions."

The Apple Watch, which can track fitness levels and link to apps for faster check-ins at the movie theater or the gym, appeals to younger generations, while analog watches are popular among an older demographic, Strategy Analytics pointed out in a report.

"People have embraced the Apple Watch as a solution that brings tech and fashion together," said Carolina Milanesi, a tech analyst at research firm Creative Strategies.

Milanesi noted that Apple's emphasis on health and fitness positioned its watches differently from the Swiss timepieces that are marketed as jewelry and fashion accessories.

"Yet these two value propositions are much stickier than fashion and glamour, which is how we get to today," she said. "Nobody else in the wearable market has been able to find the right formula and get anywhere near Apple."

The company also benefits from its greater ecosystem of iPhone, iPad and other Apple-branded products. While Swiss companies also sell smartwatches, they operate in the Android ecosystem.

"Apple has an existing consumer electronics-based relationship with the vast majority of its Apple Watch customers," said Rishi Kaul, media and consumer tech analyst at Omdia, a tech research service. Kaul pointed out that Swiss watchmakers use Google's Android-based WearOS software, which might mostly appeal to people who already use Android phones.

Still, analysts said that this doesn't spell the end of the Swiss watch as a luxury status symbol, even if it is falling behind in the smartwatch competition.

"I would argue it is not really comparing Apples to apples," said Vincent Thielke, a research analyst at market research firm Canalys. "Unit shipments do not paint the entire picture."

Thielke pointed out that Swiss watches are about twice as expensive as Apple watches on average ($1,000 versus $500), and in terms of absolute US dollars generated, the Swiss watch industry outperformed Apple Watch last year.

Looking at unit sales alone doesn't tell the full picture. Apple Watches might need to be replaced more frequently than Swiss watches to upgrade their technology and boost battery life, all of which could bump up Apple's unit sales number, said Thielke. He added that the Apple Watch could also be attracting newer audiences who might never have purchased a Swiss watch.

"Apple Watches cater to a much broader consumer base, including young customers and gadget lovers," said Thielke. "For these groups, it may be more important to adopt a smartwatch for technological or health reasons rather than because of an appreciation for 'timeless timepieces.'"

The Swiss watch's position as a status symbol is safe, given its luxury pricing and different watch faces and designs to choose from, said Kaul, the Omdia analyst. "The only way to increase the uniqueness or status of the Apple Watch is to invest in a designer band."

"Does this spell the end of Swiss watches? I doubt it. There will still be interest and demand, and in fact a number of younger users still aspire to own one some day," he said, "Meanwhile, today's smartwatches — and yes, even the Apple Watch — will look quaint in just a matter of years."