The Benefits of Facial Recognition Technology 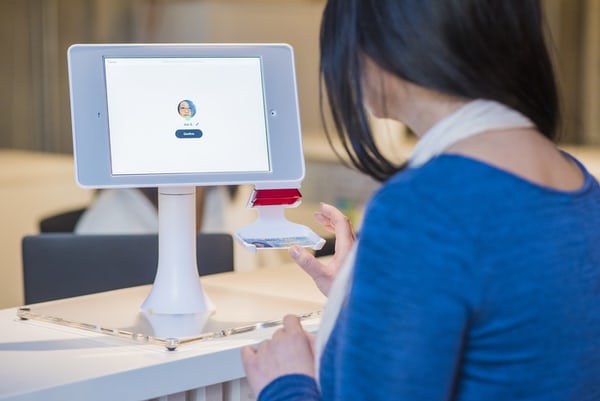 In today’s modern digital era, technological innovations are leading the way in nearly every one of the world’s major industries. From virtual reality to artificial intelligence, the IoT and big data, dozens of different trends dominate the tech stratosphere.

One of these, facial recognition technology, is making a particularly big splash. Although it is not new to the scene, having roots as far back as the 1960s with its earliest pioneers Woody Bledsoe, Helen Chan Wolf, and Charles Bisson, the technology has advanced at the speed of light and is nowadays a common solution that is used in many industries. In this article we take a look at some of the pros of facial recognition tech for both users and businesses.

First and foremost, perhaps the biggest advantage of facial recognition technology, and a huge reason why it was initially created, is to speed up traditional identity verification processes that normally take a longer amount of time to complete. Because facial recognition is contactless and does not require the input of a password or ID card, there is an added level of convenience associated with it. This has proven especially impactful for both mobile users and customers in retail. For example, the leading American department store Macy’s is a big supporter of facial recognition tech, using it to promote customer satisfaction and also prevent organized retail theft in certain locations.

Speaking of enhanced security, another great benefit of facial recognition tech is the added safety it brings to online consumer actions. Through the help of simple algorithms that track facial features, people can log onto their bank account with their mobile phone, using their face to unlock their account. This helps to prevent fraud that is often the result of unwanted data breaches. Another instance of security improvements thanks to facial recognition can be seen in the online casino industry. Here, different platforms have implemented the technology so that users can feel comfortable knowing that their financial accounts are safe. For example, if a player logs on to play a certain version of online blackjack, instead of being asked for their credentials, they can use their face to jump right into the game of 21 while knowing that their bankroll is protected. When it comes to online casino games like these, everyone’s budget is different, but regardless of the amount in one’s account, facial recognition technology helps to put players' minds at ease.

#3 - An Aid to Crime Prevention and Investigations

In addition to acting against online fraud, facial recognition technology is used heavily as a tool in criminal investigations. You may have noticed the software present in airports where airline personnel will ask passengers to look into a screen before or after boarding a flight. This has proven to help with speeding up security checkpoint lines and also identifying criminal action after the fact. For example, people who may be attempting to enter a country with a fake passport will have a harder time doing so with facial recognition. Also, because the technology keeps detailed records, law enforcement can use its findings in ongoing investigations to expose a potential threat to security or safety. In fact, the technology has caused a 91% reduction in crime within retail shops and beyond.

The other great news about facial recognition tech is the fact that it is largely compatible with other forms of security software that are already in use. For instance, some establishments may already request an individual’s fingerprints when checking them in, so adding on facial recognition tech is not that big of a leap. Since its rise in popularity over two years ago, companies such as Microsoft have been vocal about their motivations to develop facial recognition software, encouraging other leading brands like Amazon to do the same. By encouraging major businesses to embrace the technology around the world, they have set a strong precedent.