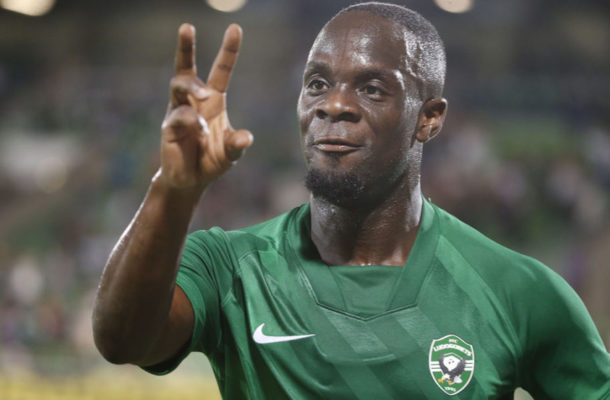 Dutch  born Ghanaian winger, Elvis Manu says that  watching Ghana play at the 2010  FIFA World Cup in  South Africa made him change  his mind to represent the West African nation.

Ghana played very well at the 2010 World Cup in  South Africa and nearly reached the semi finals  but for Luiz Suarez and his hand ball machinations.

He says  that Quincy Owusu Abeyie who was among the foremost players born  in Holland to play for the Black Stars opened his eyes to nationality switch as it was alien  to him.

The 28 year old winger was born in Dordrecht - Holland  to Ghanaian parents and switch his nationality to Ghana  but seven years after he still yet to make his  Ghana debut.

“At first, it wasn’t too much like people switching nationality, the first that I know was Quincy Owusu Abayie, so he was the one that gave me the eye opener to play for Ghana. I also think all African fell in love with Ghana especially how they played at the World Cup”

He played for Holland at the U-19, U-20 and U-21 before  switching to Ghana where he is still waiting for his debut.

The journeyman has played for the likes of Brighton, Huddersfield, Feyenoord, Cambuur, Go Ahead Eagles, some clubs in Turkey and  now plays in Poland for Wisla Krakow.