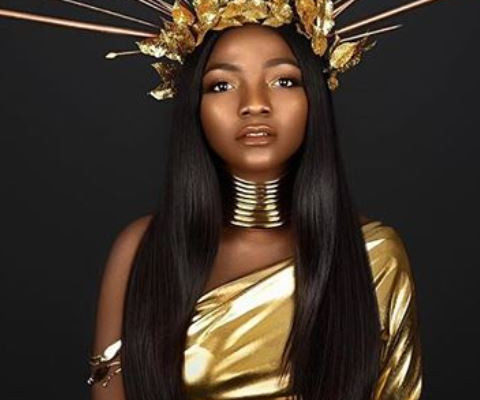 Nigerian singer, Simi has opened up on her thoughts about depression.

The 'Joromi' hitmaker opined that the situation is simply “scary and sad”.

Last night, a fan on twitter asked her what her thoughts were on the wave of depression in recent times and she responded by saying the struggles to keep up and fear of failure amongst other things were responsible for depression.

“It’s scary and sad. Especially for young men. The struggle to keep up. The fear of failure. The desperate desire for validation. Very scary. I hope that we can let people know it’s ok to share and lean on someone when things get too heavy,” Simi tweeted in response. 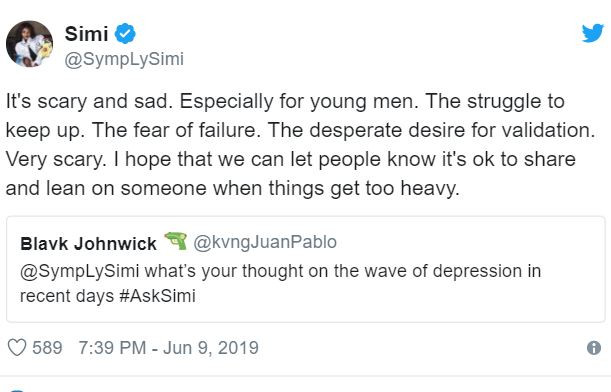