The Finder editor arrested in Parliament 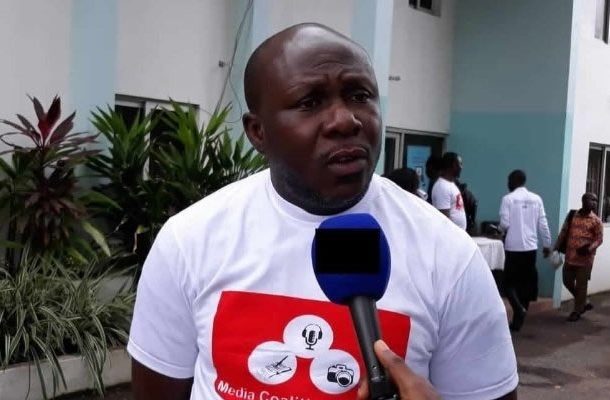 The Editor of The Finder Newspaper, Elvis Darko, has been arrested in Parliament for picketing, Joy News has learnt.

Darko is part of the Media Coalition pushing for passage of the Right to Information Bill into law.

He had gone to the Parliament House together with his colleagues to once again register the need for the Bill to be passed into law as the Finance Minister presented the 2019 budget.

But an eyewitness said the Editor was whisked away by police and military officers. None of his colleagues was arrested.

Elvis Darko (second from left) with some of the campaigners

Related: Campaign to get RTI bill passed intensifies despite setback at Parliament

The eyewitness said his mobile phone was seized by the officers who have locked him up at the Parliament police station.

The RTI bill is a fundamental human right guaranteed by the country’s 1992 Constitution and recognised as a right under International Conventions on Human Rights and was first drafted in 1999 under the administration of former president JerryJohn Rawlings.

Related: Gov’t will no longer have secrets if we pass RTI Bill – K.T. Hammond

The Bill gives substance to Article 21 (1) (f) of the Constitution which states that “all persons shall have the right to information subject to such qualifications and laws as are necessary for a democratic society.” Source: myjoyonline.com