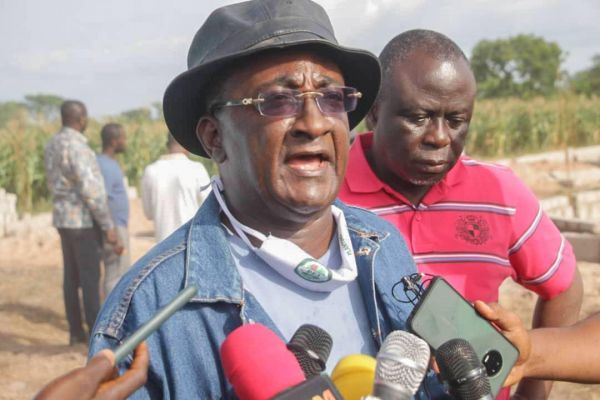 The vision and mission of the Ministry of Food and Agriculture (MoFA) under the able leadership of Dr Owusu Afriyie Akoto to curtail the prolific export of soya bean out of the Nation has seen light with the enactment of the Legislation on the Restrictions of Soya Bean and the subsequent constitution of a seven (7)-member Soya Bean Export Committee.

The Restrictions of Soya Bean (LI 2432) is to ensure appropriate and efficient regulation of export of Soya Bean out of Ghana.

Following the Minister of Food and Agriculture’s vision in 2017 to revamp the poultry industry, advance production and return Ghana to its glorious days of being an exporter of poultry products, soya bean production was incorporated as part of the crops under the Planting for Food and Jobs (PFJ) Policy to ensure uninterrupted poultry feed production in the Country.

The urgency to control the exportation of soya beans from Ghana became necessary when following the substantial growth in soya bean production under the PFJ initiative; an improvement in production from 40,000 metric tonnes in 2016 to 200,000 metric tonnes by the end of the 2020 crop season, the local market of soya bean attracted huge exportation and exploitation by the foreign players in the industry at the expense of the Nation’s poultry feed mills.

The MoFA, therefore, liaised with the Ministry of Justice and the Attorney General’s Office, as well as the Ministry of Trade and Industry for the formulation of a Legislative Instrument (LI) to restrict the export of soya bean.

The Legislative Instrument is to get the Ministry of Trade and Industry to ensure that anyone who wishes to export soya beans must first get clearance from the Ministry of Food and Agriculture in order to attract the needed benefits for the Nation.

The Legislative Instrument was passed on Tuesday 22nd December 2020 and an implementing committee was subsequently inaugurated on Friday 6th August 2021.