The Janetic Theory: Combining an Akufo-Addo and a new form of Bawumia? 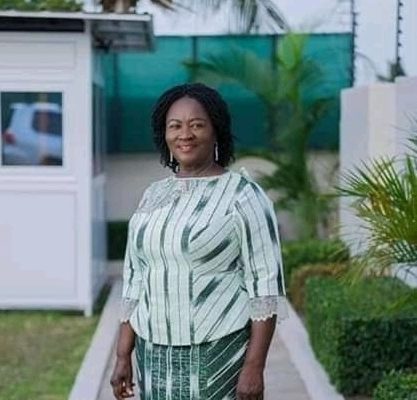 Ghana has been thrown into a reverberating political excitement following the official acceptance speech of the running mate of the National Democratic Congress (NDC), Professor Jane Naana Opoku-Agyeman.

Whilst this excitement presents good news for the Electoral Commission by getting more floating voters to register for their voter cards and to turnout in their numbers on election day, it shoots the confidence of the opposition NDC to snatching power in the December elections.

In this brief, I make a latent analysis of the new candidate, NJOA, what she brings to the table, the dynamics of this year’s elections due to her inclusion ( a woman), and her weaknesses which should be managed going forward.

I call this concenpt the Janetic Theory. It predicts how the inclusion of  a Jane at the apex of leadership, women for that matter, will attract a crowd of voters to turn out massively to vote in this year’s elections.

My concept is likened to a magnet, hence the name Jane-tic Theory. In order words, a political magnetic attraction caused by a female running mate – Prof Jane Opoku Agyeman

Under this Janetic Theory, I present 7 advantages and 5 challenges of the vice presidential candidate  of the former president John Dramani Mahama (JDM).

As an academic, you’d be sure the new NDC running mate will fit into a rather complex intra-party structure.

She may function well when voted to serve in the cabinet of the next government. Her stellar 53-page CV details many join publications, topmost responsibilities, among others.

This experience is handy needed in a party of dissenting views. As a research assistant to Manasseh’s  Azure’s book The Fourth John: Reign, Rejection and Rebound,

I appreciated the challenges and frustrations Vice President Mahama went through serving in the Mills government. Academics attracts a wide range of human resources, ideologies and views.

However, leader who succeeded at this must have managed all these situations to bring out the best. Relatively, I argue Jane should perform better as a Vice when voted.

Indeed during her speech, her first answer to what she brings to the table of her party and by extension,  the vice president office, was this element of a team player ( paragraph 2, line 4 and 5)

2. A mother-figure in politics and an Audacious dream:

Age is not a necessary indicator of wisdom especially in our politics,  but culturally, it depicts maturity which many argue lacks in our current dispensation. Jane is 68 years.

Bawumia is 56 years. They both look their ages and if my premise is anything to go by, this race will favour Prof Jane under the Janetic Theory.

But a significant note on this element is that she appears to want to practise a more mature and compassionate style of politics.

As a mother figure, she may be skillful in mobilizing the child, her compatriots and the first gentleman of the house ( the president).  She sounded responsive to the current plights of single parenting, the average girl-child of a poor background who has ambitions nevertheless; the youths as well as people living with disability.

Jane looks like a rallying point for women, children and the youths;  and this connects to the very core of the grassroots debate. She seems to inspire and trumpet the big Ghanaian dream of the vulnerable and neglected.

3. An Elitist Bawumia Vrs. A woman who goes to the market :

The posturing of Candidate Jane tells a story of a young ambitious girl who comes from Cape Coast in the Central Region. Growing up, she witnessed the many pre-occupations of her people especially the women.

She mentions these in her speech and how she wishes to stay connected with the grassroots. She indicated her drive to sit with the women in the market to discuss their welfare but for Covid-19; and what her NDC could do for them.

She showed readiness to get into the trenches and alleyways with a listening ear even as she hopes to help the fishmongers and farmers confront their informal challenges.

Until her first speech, critics and analysts were doubtful about her ability to connect with the grassroots voter, but her choice of words and quotes pointed to the exact opposite.

This presents a sharp image contrast with her opposite number Dr. Mahamadu Bawumia who once appealed more to the elites. His brand over the past four years has been largely elitist, hence, Jane becomes a major threat if not the one to beat.

Upon her appointment, I likened her to the late Professor Atta Mills. Very typical of him, she beamed with so much new energy and passion to attempt changing some aspects of our politics she describes as non-Ghanaian.

She calls one of  “primordial tribal bigotries”. She indicated on her drive to prioritize a national agenda of peace, unity and shared opportunities for citizens.

Perhaps, this ideology fits beautifully into the NDC ideology of revolution. Maybe, just maybe, she could have a style of another Agyeman – Nana Konadu Agyeman Rawlings or a female rendition of Ft Lt Rawlings in addition to a late professor, John Evans Atta Mills. As I predicted in my prelim analysis, she had in her a political firebrand.

5. A Jane government presents an Akufo-Addo but a new form of Bawumia :

The front-liner John Mahama seems gifted with retentive memory of the several complex aspects of an economy. So in his communications, he usually speaks to the hardcore indexes and economic indicators.

However, his running mate Jane comes with a niche at least– experience in the education sector. This is a deviation from the usual economist background shared by the majority of the vice presidents experienced in the Fourth Republic.

Jane as a choice will only mean that when voted as the vice president, she will focus more on the education sector because of her expertise. The line has been drawn with her first public address.

The line is – she would be biased to readily engage more in the socio-cultural debates as against Bawumia’s economicentic lectures and debates.

On the other hand, she has the potential of keeping to the psycho-social effects used by candidate Akufo-Addo in the capacity of a  president.

The president is skillful at using words in his speech to uplift the nation even in moments of distress and this is a good quality of effective political communications.

Candidate Jane seems to have taken off on this note. Her disposition and communications output is not far from that of candidate Akufo-Addo’s use of language and psychological powers.

We see these profound posture in her admonishments – that the struggling women, children and youths of our country need a “hand up and not the usual hand out; plans and not promises”.

So technically, Prof Jane would become Akufo Addo, whilst Mahama will function as an economist Bawumia if voted into office.

The focus of a potential Vice President Jane will be to demystify the complexities of the economy to the level of basic livelihood of the people.

She will shun away from the economic jargon rather, sing more the micro effect of these macro indicators on the lives of the people.

Aside a paradigm shift from a male to the first female Vice, Ghana may have the first time,  a comprehensive vice-presidential role dedicated to the socio-cultural aspect of the economy.

7. Energized and renewed youths and floating voter base :

Gender has always influenced Ghana’s politics. The gender base has been energized by the Jane candidacy.

For those who have lost hope in voting due to disappointment suffered in present and past governments, the fresh entry of a distinguished female personality seems to have rekindled their belief in a possible change.

Quite a number, the majority who are so-called neutrals or floating voters, have been excited again to participate in the ongoing voter’s register to get their cards with the resolve of voting for the John-Jane ticket of the NDC in the December elections.

I however conclude by listing some potential challenges the Janetic Theory of a candidate and a potential vice president may suffer. They include Emotionalism. It could have a negative effect on our body politic despite the important role it plays in political communication. She admits to this and sought to justify this by saying it is only human, however, I argue it could be costly. The W-syndrome is what I describe as the “Women syndrome”. This is an inherent human tendency whereby women and humans for that matter, feel threatened when they see their kind climbing so high. Findings from researches here in Ghana seek to make a  strong case that Ghana’s situation is even worst when it comes to “man being his or her own enemy” in politics. Another weakness may be what I describe as the ‘expectations failure”. The pressure on the first female vice president will be a bigger task due to the “hungry” female population, as well as the many expectations in her sector. Can a relatively fresh entry fulfill the plethora of expectations of herself, her family, friends and society?. Moreso, another thorny question will be “Can she survive the very controversial terrain of intra-party and inter-party Ghanaian politics?”. How about her passion overshadowing the Gender and Children’s Ministry and Education Ministry which should be solely responsible for the socio-cultural and education policies respectively?

The choice of a female running make is a historic step toward affirmative action, especially considering the Ghanaian history of women participation in politics and leadership. Even with the cumulative progress of past governments, the percentage of women in parliament still staggers around 14% percent, with about 67% trapped in the labour force. When you juxtapose this to the fact that about 51 percent of Ghana’s population are women, the bridge to the gap is still short.

Therefore, this is a bold statement by the NDC at giving women a shot at the very top of leadership. It appears to me the party is making the first-to-do ideology a part of its ideologies following few historic appointments in the past – first female Attorney General;  first female Speaker of Parliament; first female Electoral Commissioner and the first female  National Commissioner for Civic Education among others. Can this contribute to winning the NDC election 2020? Would it be the Janetic Theory come December 2020?

About the author; Kabu Nartey is the GJA Student Journalist of the Year, a Kufuor Scholars Fellow and a Political Communications Consultant / Strategist. He was the Research Assistant to Manasseh Azure’s book “The Fourth John; Reign, Rejection and Rebound.” Reach Kabu Nartey [email protected]