The only commodity we don’t import is water; galamsey will get us there very soon 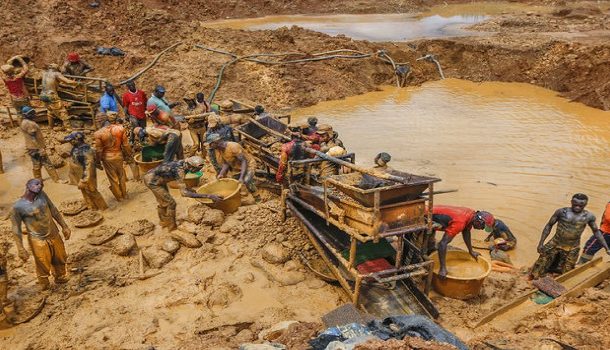 Over the years, we have developed the penchant for foreign goods, it is not out of the ordinary, because as a nation develops and people earn more, their taste and preference changes.

Countries all over the world import goods and services, they do not have both the competitive and comparative advantage in, unfortunately in Ghana, we have not found our niche and so everything, including the most basic of items, we import into the country.

In the past, we have been told that, agriculture is the backbone of the Ghanaian economy, but in recent past, that has been overtaking by the services sector.

Today in Ghana, we import even charcoal, not only has the agricultural sector being recording slow growth, in some years it records negative growth, while the real sector, which is the manufacturing sector, has remained stagnant over the years.

When you go to a supermarket, or visit any shop, or drive through the streets, one thing that you can be sure is produced in Ghana, is water.

That Ghana, because of activities of galamsey, will soon add water to the list of items we import is an understatement.

Speaking to Citi News, the Head of Corporate Communications at the Ghana Water Company, Stanley Martey, explained that their production has been particularly hit severely in the Eastern and Western Regions.

“…Our major treatment plants have been affected in almost every region. Notably from Upper East, Upper West, Northern, Brong Ahafo, Ashanti Region, Greater Accra, Volta, the Eastern Region is worse, Western Region is terrible and Central Region is also faced with similar challenges. So almost every major treatment plant that we have in the country is somehow being affected.” Mr. Martey further noted that, some of their plants are producing below 40percent capacity.

It is not the best, it is not cost efficient, but we still have to supply water to our people so we are doing all that we can to ensure that our people have access to water. But with some of the treatment plants, it’s not cost effective at all to be treating water at this time,” he added.

According to Starfmonline, report of September 6, 2018, GWCL, has suspended production at Bunso headworks, due to pollution of the Birim River by illegal miners which has raised the raw water turbidity to untreatable level.

The Public Relations Officer (PRO) of the Eastern Regional branch of GWCL, Kwadwo Daase, told reporters that, the decision to shut down the plant became necessary, because the raw water turbidity has worsened further from 6750 NTU to about 11,000NTU from Tuesday September 4 to September 5, 2018 far above treatable capacity.

Myjoyonine.com, also reported on January 20, 2020 that, the GWCL has warned that should the illegal mining menace persist in the Western Region, residents there will not have treated water running through their pipes.

Even as the fight against galamsey continues, chilling and horrifying stories of how government officials, who have been given the responsibility to end the menace, are themselves involved, leave much to be desired, especially given the fact that president Akufo-Addo, has put his presidency on the line.

In our opinion, the whole issues surrounding the handling of seized excavators, calls to question, the integrity and honesty of government officials in the fight against galamsey.