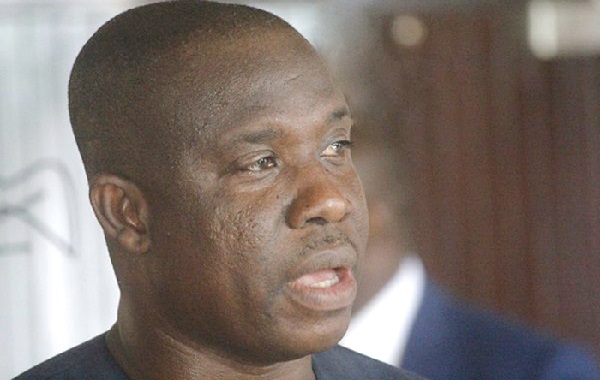 Private legal practitioner and member of the NDC, George Loh has called out the presidency in  a wild allegation of orchestrating the impeachment of the chairperson of the Electoral Commission (EC) Charlotte Osei.

According to the outspoken NDC member, the faceless petition written against the EC chairperson was written by someone from the presidency.

“Some of us in the NDC have the information that the faceless petition written against the EC bosses was written by some people at the office of the President,” the  former North Dayi legislator told Morning Starr host Francis Abban Friday.

Some individuals believed to be staff of the Commission in July 2017 petitioned the President to remove Mrs. Osei over alleged abuse of office, causing financial loss to the state and breaches of Ghana’s procurement laws.

The petition was subsequently forwarded to the Chief Justice, Sophia Akuffo, as required by law, to establish a prima facie case based on which impeachment proceedings would commence against the EC chair.


Mrs. Osei and two of her deputies Amadu Sulley (in charge of Operations), and Georgina Amankwa (in charge of Corporate Services) on Monday appeared before the Chief Justice over allegations.

Both parties have been given three weeks by the Chief Justice to file their statement of response to the committee after which the hearing will continue.

In his reaction however, presidential staffer Ibrahim Adjei debunked the claims by Mr. Loh as gobbledygook insisting “Nothing was written at the Presidency against the EC. The petition against the EC Bosses is not coming from the office.”