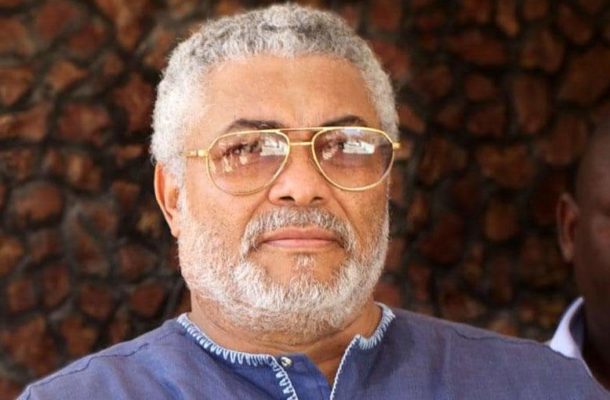 In 1979, Accra Hearts of Oak had played HAIFA CLUB DE CONAKRY and lost the first leg in Conakry.
Haifa was then a top club in Africa having won the African Champions Cup(now CAF Champions League) 3 times the 1977 edition at the expense of Hearts of Oak with a lot of superstition surrounding both 2 legs final matches in Accra & Conakry respectively, which the Guinea giants won for keeps with the help of President Ahmed Seke Toure.

In the second leg in Accra AFRC chairman J J RAWLINGS made a surprise entry to a packed capacity Accra Sports Stadium and was carried to the center to do the ceremonial kick off, with his charismatic waves all over the stadium, he inspired his childhood idol club HEARTS to beat Haifa 3-0 to qualify to the final in that year in the final and lost to Union Douala of Cameroon after a Morrocan referee awarded an 89th minutes dubious penalty to the Camerounians to level up on aggregate (1-1) and throw the game to a penalty shoot out which the Phobians ultimately lost(5-4).

His love for Hearts of Oak was evident in most of the PNDC/NDC members(Functionaries) directly and indirectly working for Hearts names like late Ato Austin, Kofi Totobi, Ato Ahwoi, Kwesi Awhoi,Mrs Anna Enim,Commodore Mensah, of course E T Mensah among others.

As a small boy preparing to write my Common Entrance Examination at St Anthony Preparatory School in 1987, can still remember the Youth & Sports Secretary (Minister), Ato Austin's role in appointment of an IMC to take over the club during the era of Nana Wireko Ampem, Oyeman of Akwapim Traditional Area as in the directors and the Patrons which appointed his maternal cousin Dr Nyaho Nyaho Tamakloe with the advent of the Musical Youth a great turning point in the history of Accra Hearts of Oak SC Ltd

Let all PHOBIANS appreciate the roles and financial contributions of his Veep and Education Minister, lates President *Prof ATTA MILLS and Hon Harry Ramulus Sawyer* in the Hearts of Oak conquest of Africa in 2000(CAF CHAMPIONS LEAGUE AND SUPER CUPS).