The Tottenham lineup that should start against Fulham 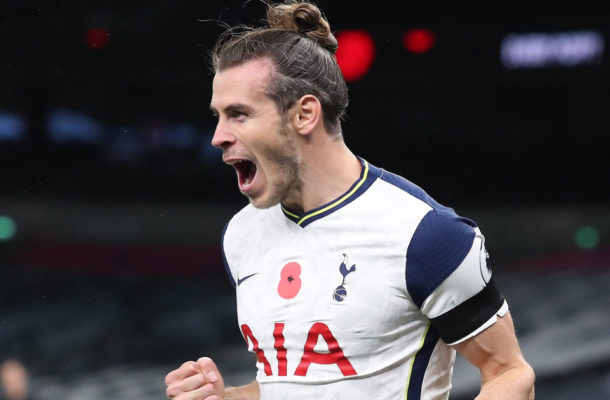 Tottenham will look to make it back-to-back Premier League wins for the first time since November when they travel across London to face Fulham on Thursday evening.

Jose Mourinho's side picked up their second win in seven games against Burnley at the weekend, as Gareth Bale turned back the clock and delivered a vintage performance with two goals and an assist.

As the north Londoners look to press ahead with their chase for a top four finish, they need to get a run going in the Premier League and there is no better time than now. Despite their recent dip in form, new usa online casinos has Tottenham as favourites with two wins, two draws and two defeats as they head into Wednesday's clash. Fulham have only lost one of their last six matches but they have also only won once during that period, drawing the other four games.

So, what lineup should Mourinho go with to ensure hisbest chances of getting a victory? Let's take a look:


Hugo Lloris (GK) - The World Cup winner has been in indifferent form recently but will keep his shirt as the undisputed number one.

Serge Aurier (RB) - Aurier has fought off competition from Matt Doherty to be first choice and made a good return from injury on Sunday.

Davinson Sanchez (CB) - Fast and strong, his pace will be needed against the Fulham attack so he should get the nod.

Toby Alderweireld (CB) - Spurs' best central defender, Alderweireld is the leader of the back line and his experience is needed to ensure the right decisions are made.

Sergio Reguilon (LB) - The form of the team suffered while Reguilon was injured and it's no surprise they've improved since his return.


Pierre-Emile Hojbjerg (CM) - The Dane has established himself as Mourinho's enforcer in midfield and starts whenever he's fit.

Tanguy Ndombele (CM) - Now trusted to play a slightly deeper role, Ndombele's passing and dribbling is a big help in the attacking phase of play.

Lucas Moura (AM) - Three goals in his last four games, Moura played centrally against Burnley and was excellent.


Gareth Bale (RW) - The Welsh wizard has finally returned to Spurs and with four goals and three assists in his last four games, he's a must start.

Harry Kane (ST) - The best Spurs have. Of course, he starts. The Englishman will look to fill his boots against the Cottagers on Wednesday. And bookmaker's casino en ligne canada are offering new customers HUGE odds of 25/1 on the Spurs centre-forward to score OR provide an assist during the Premier League showdown.

Son Heung-min (LW) - Despite no goals against Burnley, Son was a demon throughout and his direct running and finishing with both feet makes him a threat against everyone.