The truth about the female G-spot 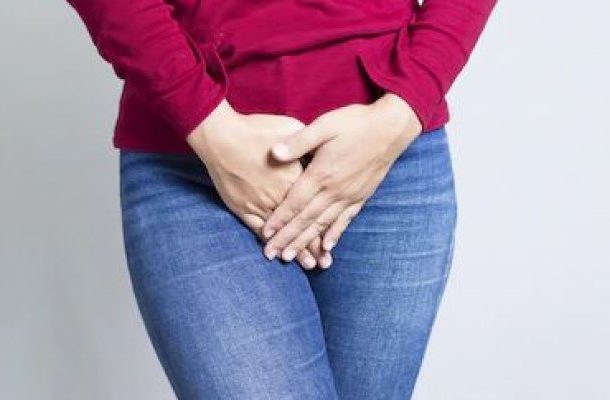 What is the G-spot? Where is the G-spot? Does the G-spot even exist?These questions have puzzled pleasure-seeking men, women, and scientists since the female G-spot was first identified in the 1940s by German researcher Ernst Gräfenberg, after whom the spot is named.

(The G does indeed stand for Gräfenberg, although we wouldn’t recommend asking if you’re hitting her Gräfenberg Spot while getting hot and heavy in the bedroom.)In 2012, a scientific review came to the conclusion that there isn't much anatomical proof that every woman has a G-spot, but anecdotal evidence and "reliable reports" say that there is indeed a specific area inside the vagina that, when stimulated, may help some women reach orgasm.Still, that was 2012, and we’re in 2019. Researchers have come a long way since then—kind of.

They’ve come to speculate that the G-spot isn’t so much a spot as it (likely) an extension of the clitoris.

Yes, you read that correctly.

The clitoris is actually much larger than the rosebud-shaped knob at the apex of a woman’s labia.

It extends up to five inches inside the body, which is why researchers are beginning to conceptualize the G-spot as not existing independently, but rather, as an entity deeply intertwined with other parts of the female sexual anatomy.Here's a replica of what the clitoris actually looks like, FYI:The anatomical relationships and dynamic interactions between the clitoris, urethral sponge, and anterior vaginal wall have led to the concept of a clitourethrovaginal (CUV) complex.

A groundbreaking article published in Nature Reviews in 2014 posited that when the CUV is "properly stimulated during penetration, [it] could induce orgasmic responses."In other words, the G-spot likely does exist, but it’s not some separate, mysterious entity. It’s another erogenous zone linked to the clitoris, and some women can achieve an orgasm by stimulating it from inside the vagina.Still, many women aren’t convinced they have a G-spot. When British researchers asked 1,800 women if they believed they had a G-spot, only 56 percent said yes, which isn't very encouraging for guys trying to strike orgasm gold with their fingertips. Nevertheless, that doesn’t mean you don’t try (unless she tells you she prefers that you keep things to her external clitorus).And regardless if she can have G-spot-induced orgasm, if you know the right way to go about looking for the G-spot, your girl will enjoy the hunt, says Emily Morse, host of the podcast "Sex with Emily." Here's how to start exploring.Make sure to warm up firstFirst and foremost, make sure your hands are clean and your fingernails are trimmed, because you’re going to be putting them in a very sensitive place, Morse says. Due to its tucked-away location, “fingers are usually most effective at finding and stimulating the G-spot,” she adds.Like anything else related to sex, foreplay is paramount, she stresses. Focus on kissing and caressing your partner’s lips, breasts, butt, and other non-genital hot spots for several minutes before getting down to business. “The G-spot is composed of tissue that swells when it becomes aroused,” Morse says. “If she’s already turned on, it will be much easier for you to find it and go about pleasing her.”Even if your partner is moist from foreplay, Morse notes that a few drops of lubricant might make things more comfortable for her.How to find her G-spotWhile it’s not clear if every woman gets off on G-spot stimulation, there’s little debate about where the controversial pleasure point can be found in the women who do. “It’s about 2 inches inside of the vagina, on the top side of the vaginal wall,” Morse says.If your partner is on her back and you insert a finger with your palm facing the ceiling, the “top side” of her vagina is the spot you’ll touch by curling your finger in a come-hither motion, almost like you’re trying to stroke her belly button from the inside. If you're having trouble, have her draw her knees back toward her chest to give your fingers better access, Morse says.How to stimulate her G-spotNow that you know where it is, how do you stimulate it? Just as you wouldn’t forcefully jam your whole penis into her in a single movement, you should work your finger in slowly and softly. “Do not thrust vigorously,” Morse warns. “Your partner is not a change purse and you are not searching for quarters.”Once she seems comfortable with your finger inside of her, use that same curling motion to softly massage the top of her vagina with the pad of your finger. If you feel a ribbed or textured area, you’re on the right track to the G-spot, Morse says. “You’ll know you found it because it will feel like a bean-shaped bump and may be more textured than the surrounding tissue,” she adds.Stroke the G-spot in a rhythmic motion, trying different speeds and amounts of pressure until you’ve found the one she most enjoys. “If she isn’t giving you feedback, don’t pick up the pace or increase the pressure,” Morse stresses. “Ask her how it feels, and adjust your moves accordingly.”There’s a chance she might not enjoy how it feels, especially if she’s had problems finding her own G-spot in the past, says Morse. If this is the case, abort the mission and try again another time. It may take several attempts, or the G-spot may just not be her thing, says Morse.How to take it to the next levelIf you’ve successfully worked your way to the G-spot and your partner is into it, Morse recommends using your free hand to gently press on her belly, just above the top line of her pubic hair. Soft pressure on the outside can help stimulate her G-spot even more.Once you’ve revved her up with your fingers, rear-entry positions like doggy style are especially good at stimulating her G-spot, Morse adds. “Make sure she’s on all fours with her back arched slightly, as opposed to lying with her head on the bed. Try lifting her hips and thrusting in a downward motion so your penis can more easily rub the front wall of her vagina.”Source: menshealth.com