The vagina is not a source of income – Counsellor Adofoli 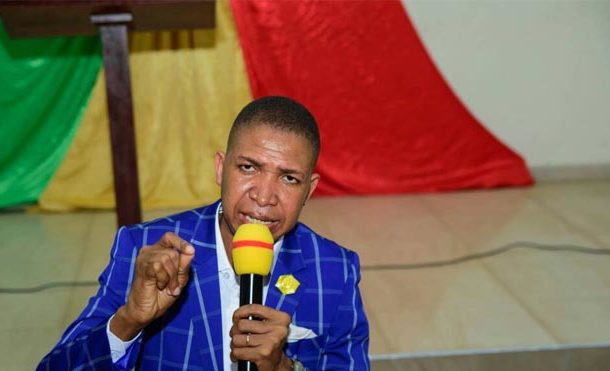 It is sad to know that lots of women don’t realize how powerful they are.

Probably, that was the reason why some men try to suppress them. Besides having the same spirit as the one God put in men, and besides being equally blessed, women also have an amazing influence. Women don’t need power to make or destroy, their influence is enough.

That’s why Jesus Christ left the world in the hands of women and not men. That’s why the church is referred to as the bride of Christ. It takes women to continue the creation of mankind. God has given them amazing grace to do things men cannot do. That is why the woman was put in the life of a man as his helper.

In the history of creation, all the great men were influenced by women. Despite God’s warning to Adam, it took a woman for Adam to defile that. Abraham, the father of nations, when God assured him to wait for the right time for a child, it took a woman to cause Abraham to do otherwise. For David who conquered thousands of armies, it took just a woman to bring him down.

The idea of women empowerment is to loosen the woman, who were kept at home, in the kitchen, oppressed. Men are to cultivate and nurture her to become more. For the better the woman becomes, the more helpful she is to the man. There is therefore no need to oppress her but rather empower her.

In this modern day of civilization, and of empowering woman, some women have reduced themselves to be an instrument for sexual satisfaction. Instead of using their hands and head and heart to work hard for wealth and all the good things they want, so they also become a blessing to others, they have rather become, lazy, idle, using their body and vagina to make wealth. They have become a curse to their fellow women’s marriages in the name of side chic, destroying the destiny of some young promising men.

Meanwhile, the vagina which is one unique passage way to their womb; the production factory for babies was meant for only one man to a woman. It is only one man who has the right or license to that in the name of marriage. Unfortunately, some women are rather giving that access to all sorts of men to enter in exchange for money.

No wonder, no man can satisfy such a woman or be enough for her. After misusing what is meant for the husband, and giving multiple men subscriptions, at the end of the day she wants one man to take her home one day as a wife. How do you want a man to own what multiple men have subscription to? One reason why she can’t be faithful to her husband is because she is not used to one man.

The very reason she will leave him is because one man cannot do the work of multiple men. When you hear a single lady who says she wants to have a taste of your penis before she gets married to you because she can’t live with a man who cannot satisfy her, what she is telling you is that, she has experienced multiple men. Her challenge is staying with one man with all these past experiences she has been exposed to.

If she has not experienced any man, it does not matter how small your manhood is as a man, you will be enough for her. And no matter how huge or long your manhood is, you cannot guarantee her stay, keeping her or satisfying her. It’s time young women stopped abusing and misusing their womanhood (vagina) for wealth. No matter how much a woman may use her vagina, it won’t be enough for her or sustain her. For what is meant to sustain her or create wealth for her is a combination of her head, hands and heart.

In conclusion, God is our High Priest, our Father and “If a priest’s daughter defiles herself in prostitution, she disgraces her father.” – Leviticus 21:9a (MSG).