There is juju but I don't believe in it - Fabio Gama 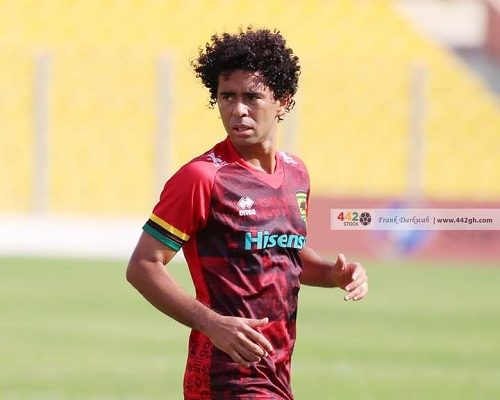 There were doubts about him like many Brazilians who have come to Ghana before him as most often than not it was evident those Brazilians where good at anything other than football.

But Fabio Dos Santos Gama has proved a lot of his doubters and critics wrong with the naysayers now rewriting their notes and changing their perception about the 28 year old Brazilian.

Gama in an interview with Kumasi based Pure FM, says that there is juju or black magic in football and in his native Brazil some players believe in it but he does not.

According to Gama, his target is to help Kotoko win the Ghana Premier League title and make the club's supporters happy.

"There is juju. Some players believe in that in Brazil but I don't believe in it. "My target is to help Kotoko to win Ghana Premier League and make the supporters happy,"