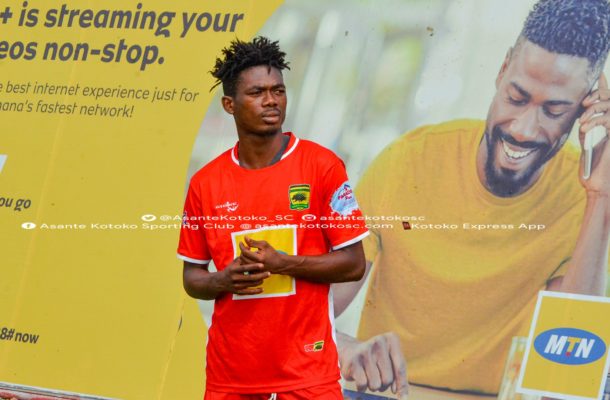 Kumasi Asante Kotoko have reached an agreement with defender Empem Dacosta to mutually terminate his contract.

The player has been deemed surplus to requirements as he does not figure in the plans of head coach Maxwell Konadu.

Dacosta was highly rated when joining the porcupine warriors from Karela United but his form was shaky and inconsistent for the club.

According to the player he believes there is more to his contract termination than his performance as he never under-performed when given the chance.

"I want to emphasize that,my contract was not terminated on performance basis,the records are there to prove it but I believe it is the will of God,someday the truth will be revealed" he told Kumasi FM.

"I thank all the fans for the support they gave me" he added.

The central defender who is adept at full back joined Kotoko last year from Karela United on a three year deal.

He made just three appearances for Kotoko last season.