There is nothing wrong if Ghana naturalizes Frank Mbella - Mohammed Polo 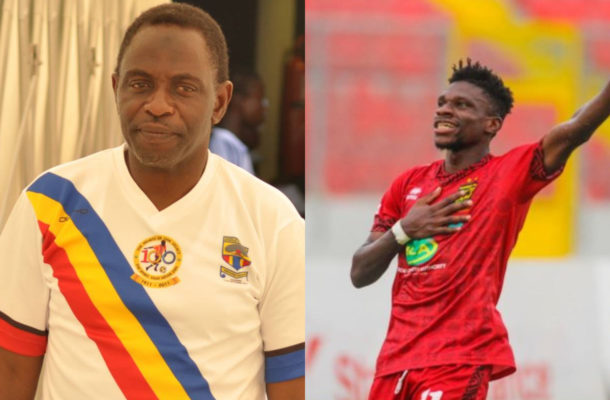 Former Ghana and Hearts of Oak great Mohammed Polo has sttirred controversy by saying that there is nothing wrong if Ghana decides to poach  Kotoko's Cameroonian striker Frank Mbella.

The prolific striker is the Ghana Premier League top goal scorer with 19 goals and has been a revelation since joining the reds at the start of the season.

Speaking on Takoradi-based , Beach FM, Polo claims Mbella’s success in the GPL is a confirmation of how quality a finisher he is and is in support of those calling for his nationality switch.

Kotoko will next play against Ashgold in the Ashanti derby on Sunday.