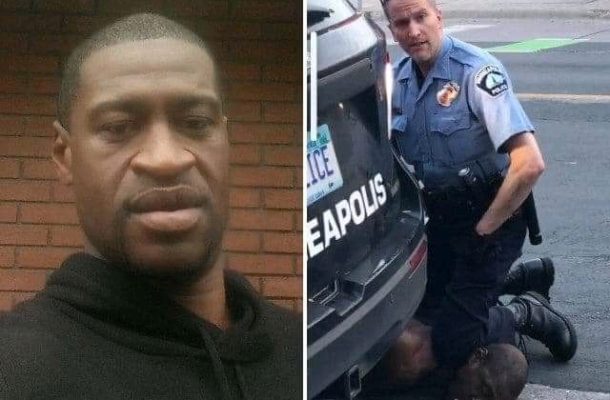 He lost consciousness after the officer, Chauvin, kept his knee on the right side of Floyd's neck for 8 minutes and 46 seconds; of which occurred after Floyd became unresponsive, according to the criminal complaint filed against Chauvin.

Floyd was handcuffed and lying face down on the road, while Chauvin had his knee on his neck.

Chauvin's colleagues on duty at the time, Thomas K. Lane, Tou Thao, and J. Alexander Kueng, participated in Floyd's arrest, with Kueng holding Floyd’s back, Lane holding his legs and Thao looking on as he stood nearby.

This incident occurred in Minneapolis, Minnesota, United States, on Monday, May 25, 2020.

Reacting this devastating incident on Facebook, sighted by Ghanaguardian.com, Gifty Anti called for a global protest to end police brutality and killings.

"...I think there must be a world wide protest to drum home the need to stop police brutality and killings!!!", she wrote.

According to her, the world will be a peaceful and better place when we all have breath.