They met in the office! Eniola and Tobi’s love story, pre-wedding shoot 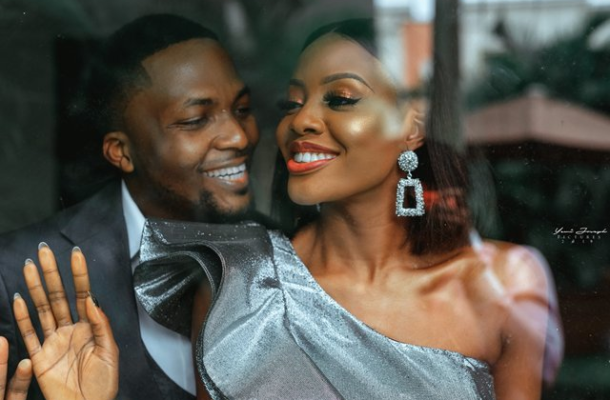 Who is ready for a sweet love story today? We are!

The beautiful Eniola and Tobi have us smiling from ear to ear with their love story and pictures. They met in the office a couple of years back and started teasing each other.  Tobi joked that she might someday be called with his last name because she never got the right pronunciation.

This led to them building a friendship that they both cherish and now they are gladly spending the rest of their lives together.

How We Met
By the bride, Eniola

I worked in the Legal department when I joined the bank and Tobi would always come to my office when he had legal-related transactions and check on me. I used to make fun of him calling him Mr Alowooooooja…. He would jokingly respond and call me his wifey, Mrs Alowooja and suggest that we hang out but I didn’t take it seriously.

We remained friends and in early 2018 we deepened our friendship and decided to give a relationship a chance. We clicked on a spiritual and emotional level. He is soo kind-hearted, loving and within a year he popped the question. He keeps reminding me that; “I told you….you were gonna be Mrs Alowooja”; Lool!

How We Met
By the groom, Tobi

Where do I even start? Well, I actually met Enny about 4-5 years ago in her office at the Legal Department of the bank. She helped facilitate bond-related transactions for my team. I would put her under pressure to get my request ASAP and at the same time bond as friends.

She would massacre my surname wondering what it meant and the origin, and I’ll tell her to be careful because she didn’t know if maybe she’ll eventually be “Mrs Alowooja”, hence she should learn how to pronounce it well, we’ll both have good laughs. She has this beautiful smile I really admire. We tried to hang out a few times but we remained friends as we both had commitments at the time.

Fast forward to early last year, we got talking and became more intimate. I later asked her out and she did me shakara, saying that I’m dodgy and all. Anyways, she later gave me a chance and I lit the fire, we clicked like finger locks and continued to wax stronger together. Few months down the line, I proposed to her and she said a YES! I couldn’t be much happier.