He thinks he's king, if he wants a war he can have one' - Yaya Toure's agent hits back at Pep Guardiola 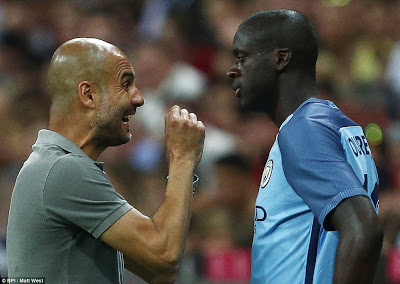 Pep Guardiola on Tuesday in a press conference insisted that for Ivory Coast midfielder Yaya Toure to come back to the team, his agent will have to apologize for the things he's said against the team .

Now Yaya's outspoken agent Dimitri Seluk has fired back at the Man City coach saying he'll say what he likes and that Pep feels like a king because he's been winning games. 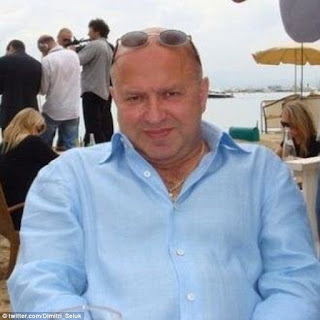 Seluk also called on the Spaniard to apologise to goalkeeper Joe Hart and former City boss Manuel Pellegrini for his role in their Etihad exits.

‘If Guardiola wants a war, then he can have one. I felt that Pep was being vindictive to Yaya. He has reacted to what I have said by punishing Yaya again. Pep doesn’t want players with personality. He only wants players who are scared of him and will do what he says.

‘The first thing he did when he arrived at City was to pick a fight with Yaya and Joe Hart, two of the club’s biggest players. They have both been big personalities in the dressing room at City and Guardiola doesn’t like that.

‘What do I need to apologise for? I will apologise to Guardiola if he will apologise to Pellegrini for what he did to him. Colleagues should have respect for each other, especially in England where it is important to act like a gentleman.

‘He also needs to apologise to Joe Hart. It’s not right to come to England and then get rid of a few English players. Guardiola wins a few games and thinks he is king.’