‘This dumsor is a different kind of dumsor’ – Buaben Asamoa 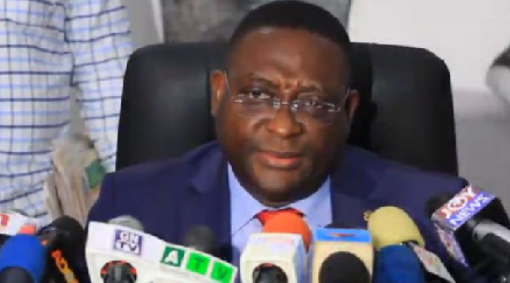 Director of Communications for the New Patriotic Party, Yaw Buaben Asamoa has described the recent intermittent power outages in the country as a “different” one as opposed to that from former president John Mahama’s era.

According to him, the infrastructure for the transmission lines have come under huge pressure hence the reasons for the outages.

Speaking on JoyNews' NewsFile programme, Yaw Buaben Asamoa urged citizens to be patient with the government and energy sector players as they find workable means to solve the problem.

“This 'dumsor' is a different kind of 'dumsor.' We must accept it and move on because the infrastructure for transmission has come under huge pressure. It is important that we accept that there is a problem and that the problem is going to be worked on” the communications director said.

Benjamin Boakye, Executive Director at the African Center for Energy Policy on his part called for critical attention to be paid to the indebtedness owed to power transmission and distribution companies like the Ghana Grid Company Limited and the Electricity Company of Ghana.

“Indebtedness to GRIDCo has been worsening over the years and it is important that we pay special attention to it. If the government continues to use the power sector to play politics, then we are going to be in this situation for a long time. We need a whole strategic look at our power sector,” Boakye cautioned.

This was caused by power supply shortages from transmission and distribution firms.

Ghana at the time had a power generation capacity of only 400-600 megawatts, a figure which was less than what the country needs and this resulted in a long-standing load shedding exercise across the country.