This is how Google will assist you to remember birthdays 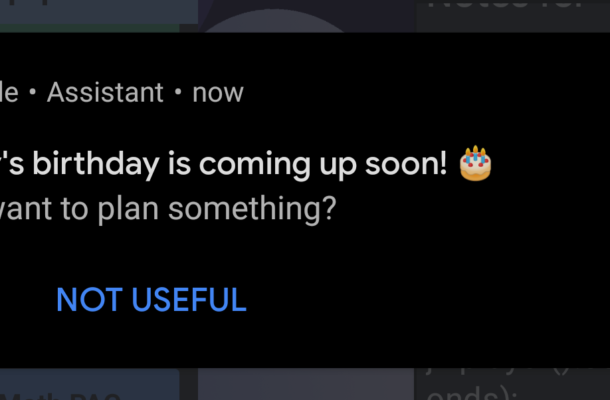 At one point, you’ve probably experienced this and wondered how you could’ve forgotten such important information of a friend or a close relative.

That’s soon to end because, last month, Google announced some new additions to Google Assistant, and among these was a birthday reminder.

The additions are said to be coming soon to English-speaking markets along with a notification so that you can’t miss it.

A few tipsters have reported, to Android Authority, seeing the new notification in their shade (see below), as early as last month.

They seem to surface around a week and a half before the birthday in question, giving you plenty of time to plan something special and no excuse for forgetting.


The two actions are the usual ‘Useful’ or ‘Not useful’ options so you can tell the Assistant you want or don’t want these in future while opening it up takes you to the Snapshot page in the Assistant.

These notifications will only appear if you have a birthday set against contacts saved to Google, so time to go in and add them for the most important ones.