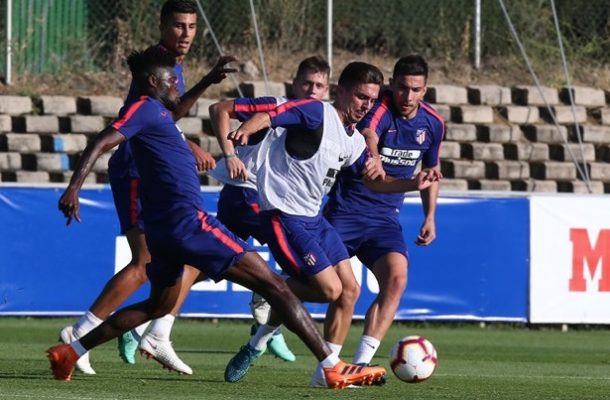 The small match was organized by manager Diego Simeone at the end of their training session which finished with a 1-0 victory for Partey’s side.

Angel Correa scored the only goal after good service from Vitolo.

It is the XI that Simeone has principally worked in training with as he awaits the return of the club's World Cup participants.