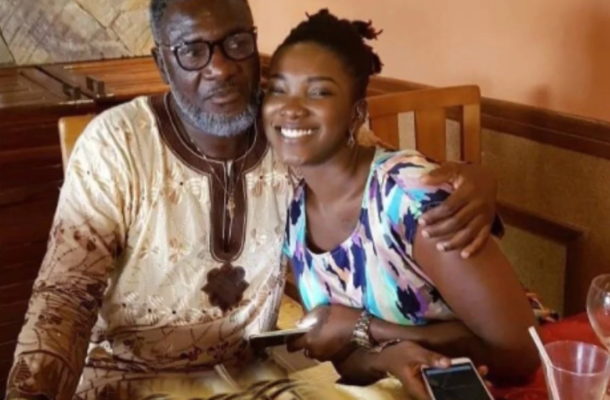 Nana Poku Kwarteng, father of late Artiste of the Year, Ebony Reigns, known in real life as Priscilla Opoku-Kwarteng, has recounted how he has been robbed of his dream.

The father of the late singer who became known in social media circles as Starboy Kwarteng indicated that those he hired on his record label to help him produce songs, rather caused his downfall.

According to him, the employees at the record label stole from him and invariably caused the collapse of the enterprise which he had started to continue Ebony’s legacy.

Starboy Kwarteng started a record label with the hopes of producing the unreleased songs of his late daughter, Ebony.

He went on to even sign a female artiste and indicated that she was going to help him bring out his late daughter’s songs.

However, in a new twist, he has recounted his current predicament and it appears he might not be able to see his vision through.

After he made this known, popular comedian, Derrick Kobina Bonney, known popularly as DKB, took a swipe at him.

DKB wrote: “I am so glad. Greed can never cheat nature. I’m so happy. I’ll have a nice day today” 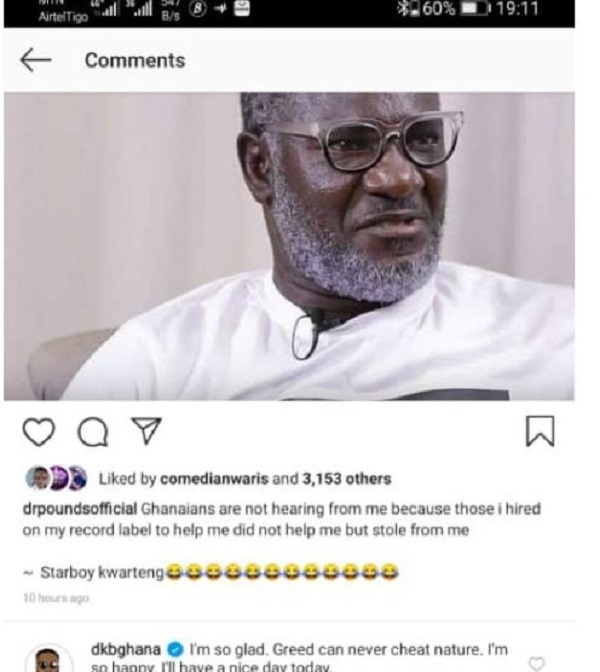