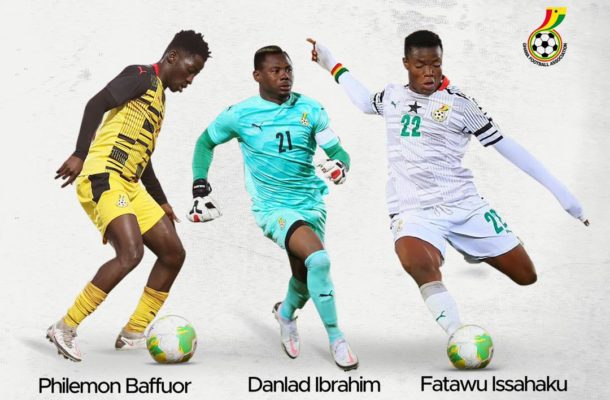 The three players will team up with the rest of the squad on Tuesday, March 16, to continue preparation for the two remaining Africa Cup of Nations qualifiers.

The Black Stars sit at the top of Group C with 9 points and are in search of a ticket to the 2022 Africa Cup of Nations in Cameroon.