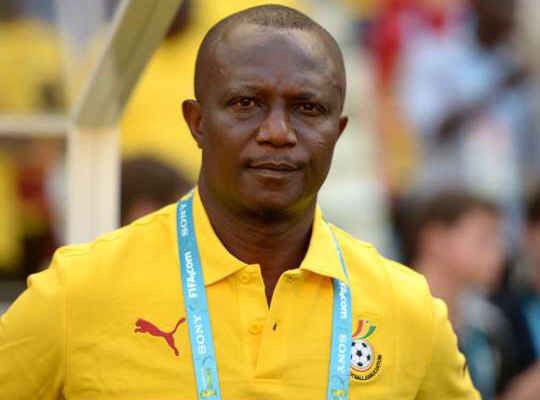 The senior national team, the Black Stars held its first training session at the Accra Sports Stadium, ahead of their Africa Cup of Nations (AFCON) 2019 final qualifier against Kenya.

Three players out of the 24 man-squad called up by coach Kwasi Appiah were absent from the team's first training session on the evening.

Returnee Kwadjo Asamoah, Daniel Opare (who received a late call up) and debutant Caleb Ansah Ekuban, were all expected to arrive on Wednesday for the second session.

Coach Appiah supervising the training took the players through their paces and played in a nine-aside half pitch game.

The players were also taken through some shooting exercises with the goalkeepers exciting on-lookers from some fine saves made.

The game would be played on Saturday March 23, at the Accra Sports Stadium at 18:00 GMT would be the final Group F match for the tournament to be hosted in Egypt in June.