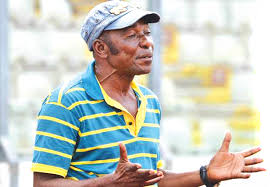 Coach Joseph Emmanuel Sarpong, a former coach of the national under-23 team, the Black Meteors, has urged Black Stars coach Kwesi Appiah, to test fresh limbs in the team’s qualifier against Kenya.

The game scheduled to be played on Saturday, March 23, at the Accra Sports Stadium at 18:00 GMT, would be the final Group F qualifier for the tournament to be hosted in Egypt in June.

With both teams having already qualified to the 2019 Africa Cup of Nations (AFCON), the game is significant to only determine who tops the group.

Coach Sarpong said in an interview with the GNA Sports that, he was impressed with the balance nature of the players called up, by the coach, adding that all the players merited the call-up.

“I think there is a balance in the team with the inclusion of three local players from Kotoko. They merit the call up because they have been consistent in the CAF Confederation Cup and on the local scene they are the only players playing competitively, so I think the call is not bad,” he said.

Coach Appiah called up five debutants and three local players all from Kotoko who participated in the 2018/2019 CAF Confederations Cup competition.

The veteran coach said, the Black Stars gaffer with his latest call ups had shown that, he had not been sleeping on the job, but has rather been scouting for new players, which would improve a healthy competition in the team.

He however noted that, the coach must give the new call ups game time to also justify their inclusions in the team.

“He must have known his core players already so I’m sure he is going try these new guys in case of any mishap as we prepare for the tournament. So for now, I think it is not a bad idea. I think he should use some of them even if in the second half,” he said.