'To be honest, NPP is a great party' - A Plus admits 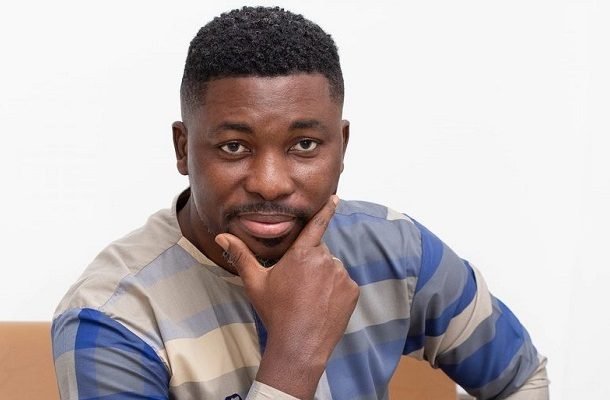 However, A Plus, as he is widely known, says the only problem with the NPP is Nana Addo Dankwa Akufo-Addo, who was chosen 'worthlessly' as the party's flagbearer ahead of the 2016 general elections.

"To be honest, NPP is a great party. The only problem is that in choosing a flagbearer to lead them into the 2016 election, they bought a lemon.", said A Plus.

Accordingly to him, the current government, led by President Akufo-Addo, "is made up of criminals who have cooked the book multiple time witj impunity because they believe that they are the real owners of the country and that Ghana has no history without them."

In a lengthy analysis on Facebook, Kwame A Plus questioned that if his anger on the the NPP is because he did not get what he wanted from them, how about other Ghanaians who are disappointed alike?.

He has, therefore, rallied the electorates to vote this administration out of power come December 7.

Read A Plus' analysis below:

Let's assume Kwame A Plus is angry because he was looking for something he did not get. What about all the other people who supported this government to win power but are also very disappointed - like Dr Kobby Mensah who was appointed to HOTCATT, Professor H.K Prempeh who was approached by this government to draft the Special Prosecutor bill, Kofi Bentil who join occupy Ghana to protest against the Mahama government and Bright Simons? What about Martin Amidu who they appointed special prosecutor? Why is Vim Lady angry? What about Mannaseh? What about Franklin Cudjoe who was part of occupy Ghana? Why is Bernard Avle disappointed? Kwame Afrifa was MC at some of their rallies in 2016, why is he disappointed? What about the millions of Ghanaian who are so disappointed that they now "say NDC and NPP are the same?" Are all these people wrong? Are they looking for something that they did not get? Or they angry because they have all lost contracts at Bost like Kwame A Plus?

To be honest, NPP is a great party. The only problem is that in choosing a flagbearer to lead them into the 2016 election, they bought a lemon. This government is made up of criminals who have cooked the book multiple time with impunity because they believe that they are the real owners of the country and that Ghana has no history without them. They are as crooked as a dog's hind leg and must be removed.

A driver with a fake driver's licence who steals the daily sales and helps his mate to steal his passengers goods - that is how best to describe Akufo Addo and his government. I used to assert that he Nana Akufo Addo is not in cohorts with the criminals in his government. That is a barefaced lie!!! He knows everything. He is part of everything!!! To find favour in this government, you are required to remain silent and have an unrestrained appetite for stealing. We must all come together to see the back of this particular NPP. They are a disgrace to the Dankwa-Busia-Dombo tradition.