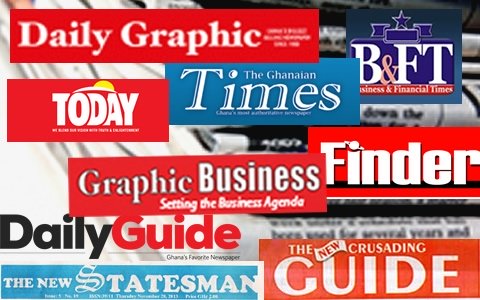 The EC’s outright rejection of the nomination forms of 13 personalities who wanted to contest in the December 7 presidential election is causing uneasy calm in the country.

The flag bearer of the NPP, Nana Akufo-Addo and President John Mahama yesterday took Accra by storm with a new wave of campaign.

The decision by the EC to disqualify 12 presidential aspirants from contesting this year’s presidential election has generated controversy among governance experts and legal practitioners.

The flag bearer of the PPP, Dr Papa Kwesi Nduom, and lawyers for the NDP have given the EC a 24-hour ultimatum to rescind its decision to disqualify them from contesting the December 7 presidential election.

The 12 presidential aspirants whose nomination forms were rejected and by inference disqualified from contesting the December 7, 2016, general elections would be given back their filing fees, the EC has hinted.

The EC is likely to  face a litany of suits which many fear might greatly affect the conduct of the December 7 general elections.

The Chinese Embassy in Ghana has donated interventional Cardiovascular Catheterization consumables worth $ 150, 000 to the National Cardiothoracic Centre.

DANGOTE TO BECOME OIL AND GAS GIANT IN AFRICA

Dangote Group of Companies, renowned in the production and distribution of cement in the West African sub-region are now wading into the oil and gas sector and is envisaged to have the largest oil refinery company in Africa.

The country’s industrial sector is in a dire situation as figures from the Ghana Statistical Service (GSS) show that it recorded  a -5 percent growth in the second quarter, reflecting the draining impact of the long-drawn power crisis, free inflation and high interest rates on the sector.

Demand for housing in the Ashanti Region capital, Kumasi, brought on by population growth, has led to a corresponding increase in the cost of housing, B&FT has gathered.

Aside from the difficulty in getting guarantors, students are running away from the Students Loan Scheme due to rising graduate unemployment, as they are not sure they can land jobs immediately after school and start paying off the loan.