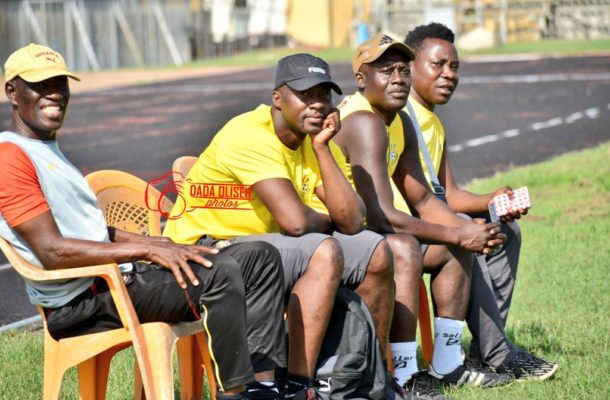 Ghana’s Black Mateors are set for two embark on two weeks international camping ahead of the 2019 Africa U-23 Cup Of Nations in Egypt.

It comes after the Ghana Football association approved  the move to keep the team in shape for their quest for the 2020 Olympics slot.

The Mateors are expected to camp in Egypt from Monday October 28 to the start of the competition, having being drawn in the same group with the host.

Coach Ibrahim Tanko is expecting 12 foreign based players to join his side before the start of the Competition.

Ghana is grouped alongside Host Egypt, Cameroon, and Mali in a group seen as tough for the coach Tanko and his boys.

The Black Mateors are searching for their first Olympics qualification to in 15 years, having failed to present since Athens 2004.

The 2019 Total Africa U-23 Cup of Nations starts from November 8 to 22nd with the top three advancing to the Olympic games in Tokyo-Japan.

The fourth-placed finisher playing in a play-off against a team from the Asian Football Confederation.