Tony Yeboah is like a brother from another mother - Abedi Ayew 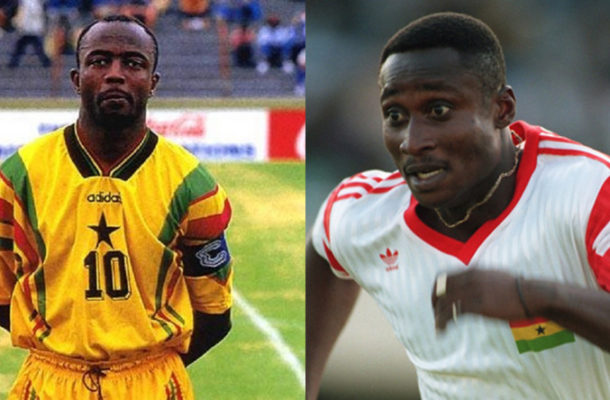 Legendary Abedi Ayew Pele has debunked rumours there was bad blood between himself and some members of the Black Stars squad in 1992.

According to the maestro there was nothing like a Kumasi and Accra caucus to the best of his knowledge.

Abedi Pele says there was no issue between himself, Tony Yeboah , Kwasi Appiah nor Frimpong Manso.

The legendary former Ghana captain says that Tony Yeboah was just like a brother from another mother to him.

Asked on GTV Sports Plus his relationship with the so called Kumasi caucus prior to the AFCON in Senegal 1992 he said there was no friction.

"It was very good for me maybe not for others.They announced the captaincy in Portugal. I never had any problem with Tony Yeboah, Kwasi Appiah and Frimpong Manso."

"I was very cool with Tony and Tony is like a brother from another mother" he added.

He played for several European clubs and found his fame in the French Ligue 1 with Lille and Marseille, the latter where he won the UEFA Champions League in 1993, among other titles.

Abedi Ayew Pele was capped 77 times for Ghana scoring 33 times and won the AFCON title in 1982.