Top 8 best countries to travel to alone in 2018 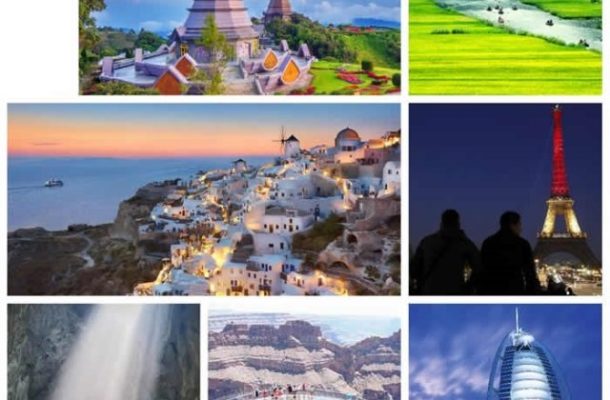 There are many Ghanaians who wish to travel outside for sightseeing or on vacations. Even though this is not a typical attribute of Ghanaians, it is a dream which usually lingers in the mind of many. The problem is usually with the finances for such a dream and sometimes ways of acquiring a visa to other countries.

Many also lack the information on the various countries and are as a result not aware of some cheap/reduced packages. It takes less finances and effort to travel to some countries than you could ever think of. Aside from this, there are several countries with proper tourist sites to shake off that stress.

Just make up your mind and work towards it. You might just be cruising on the beach or mountain of another country without knowing it. Besides, there’s the change of environment and the feeling of knowing that you’ve travelled outside before.

Below are eight of the best destination countries based on criteria like safety, culture, ease of transportation, and lodging for solo travellers in 2018.

So in case you decide to take the bull by the horns and travel outside, just check out these places. Thank me later.

Eight destination countries to travel to alone this year:

Vietnam suburbs or the city of Hanoi are just where you need to be. Vibrant landscapes, friendly locals, cheap food (should try out the Bun Cha) and affordable services. Cab services are a mere $10 or less compared to cab services in the States which can get as high as $30 for a couple of blocks away.

The cheapest of all countries to visit. Living in a comfortable room, having three meals a day and a few beers for only $25 per day! Accommodation and commodities are cheap everywhere, especially when you move further to the North.

Turkey is a country that mixes business with pleasure in every way possible. Here you will find hundreds of shopping malls, museums and hot air balloons (in Cappadocia). It is recorded to be among the safest tourist destinations.

Lined with olive trees, hilltop towns, and extensive beaches, Italy is one of the most sought-after destinations; Not forgetting the abundant wine and wine-cooked barbecues. All the cities of Italy are always full of tourists all year round.

Have you seen Fjordland? It is a collection of mountains all in one place.Tourists across the world term it as a place to make connections. New Zealand is a whole new world. People ignore their class distinctions and socialize freely.

You don’t talk of France without mentioning Eiffel tower. At night, it gives the most incredible view of France. Avoid the long lines to the tower and book your trip earlier.

For Catholics or historians, the Notre Dame and its surrounding will intrigue you with its ancient mummified cats, while Les Invalides military has all types of the world war weapons.

Morroco offers a variety of unique attractions precisely as the history books states. Caravans composed of several camels are used to cross over the Saharan desert. Once through the desert, as a solo traveller, you can visit other attractions such as the Malabata Coast in Tangier (home to Hercules!)

One of the major cities to visit in S.A is Johannesburg. It is known as the City of Gold, which is the heart of shopping, entertainment and City adventure. An average of 250 miles from the city is the Kruger Park- one of most significant game reserves in Africa.